What are ground glass opacities and why are they showing up in more chest scans? 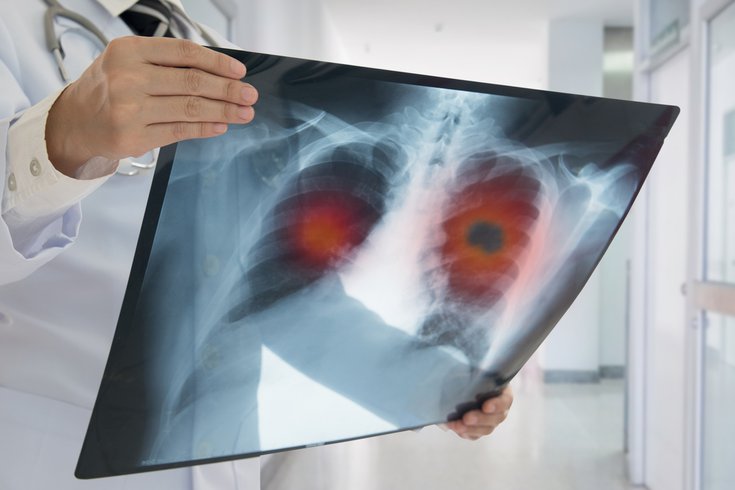 Perceptions about lung cancer have long been shaped by the prevalence of smoking as a heavy predictor of disease, but doctors have grown increasingly concerned about a growing number of cancer cases among non-smokers.

Many of these new diagnoses are the consequence of a very different disease progression than the telltale signs seen in long-term smokers. Often hard to detect, they stem from a medical finding known as ground glass opacities (GGOs), which are hazy-looking spots in the lungs that show up on CAT scans.

"This is rapidly becoming one of the biggest problems that we're finding on CAT scans,” said Dr. Sunil Singhal, Director of the Center for Precision Surgery at Penn Medicine’s Abramson Cancer Center and Chief of the Division of Thoracic Surgery.

Oncologists who treat lung cancer in smokers are accustomed to seeing solid, well-defined lesions in the lungs that are frequently paired with associated symptoms. In patients with GGOs, the level of risk from these hazy clouds in the lungs could be minimal and nothing to worry about, or it could be a sign of a pre-malignant, slow-developing cancer. 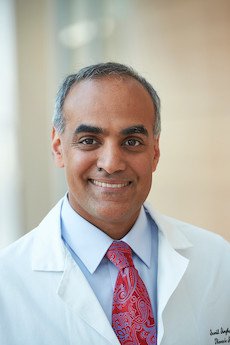 GGOs can exist due to a number of reasons. For example, they can result from a minor cold, breathing in a noxious substance or developing pneumonia from a viral infection such as COVID-19. In most cases, the body is able to clear the infection and the GGOs typically dissipate. However, there are rare cases in which GGOs start out as small pre-cancerous nodules that could become cancerous in five to seven years.

"For some reason that is not clear in the United States, non-smoker women are having an epidemic of ground glass opacities that are progressing into lung cancers. Scientists and clinicians do not understand why this is happening,” Singhal said.

Younger women in their twenties and thirties who never used tobacco may have no reason to believe they have pre-malignant spots in their lungs. If years pass without detecting these spots — sometimes they are found incidentally during unrelated scans —they can become a serious and life-threatening disease.

Singhal likened the discovery of GGOs to a finding of Ductal Carcinoma In Situ (DCIS), a pre-invasive form of breast cancer that can be treated proactively with early detection. Another comparison would be the presence of colon polyps, which are often detected during a colonoscopy. These can be monitored and later removed due to the risk of eventual malignancy.

Though CAT scans have become more common procedures in the United States, both women and men, especially non-smokers, with GGOs are at a heightened risk of being overlooked. Whereas lung cancer patients historically have been easier to identify, they have become a more mixed population.

"It's a little bit of a shift — because there's a stigma in the U.S. and around the world that people who get lung cancer are smokers,” said Singhal. The problem to be aware of is that non-smoker women getting cancer is one of the fastest-growing populations of cancer in the U.S.

Smokers who develop lung cancer and have solid tumors may be treated with a combination of surgery, chemotherapy, radiation therapy and immunotherapy. Determining when and how to treat GGOs has not been as straightforward.

For instance, GGOs don't respond well to chemotherapy because the pre-malignant lesions are too slow-growing for the division of cells to be effectively targeted. The use of radiation for GGOs has been hit-or-miss because it's often unclear which spots are likely to become cancerous, and therefore difficult to determine which of them should be targeted for such an intensive treatment. Also, these therapies don’t provide critical genetic material that can have tremendous downstream consequences.

"Surgery is the best way to treat these tumors," Singhal said. "The one positive aspect of ground glass opacities is most people who are treated aggressively with surgery are cured. One of the reasons people believe lung cancer survival statistics are improving is that we are seeing more ground glass opacities and we are catching them earlier. In other words, we are catching more people in Stage I."

Singhal and his group at Penn Medicine have pioneered a new surgical approach to the removal of GGOs that improves upon a more aggressive procedure favored in years past.

A decade ago, surgeons treating ground glass opacities believed the best approach was to remove a large portion of the patient's lung to prevent GGOs from spreading.

Singhal’s team at the Center for Precision Surgery have been testing a new imaging approach through clinical trials that enables them to visualize what is and isn't cancer while the operation is underway. By using a special injectable dye, the surgical team gets a more defined picture of the borders around GGOs that helps them determine more precisely what needs to be removed. The precision approach at Penn Medicine does not involve radiation for the imaging during the operation and usually involves a reduction in hospital recovery time.

"If you have ground glass opacities, you can really carve out small portions of the lung where the problem is, and you can leave the majority of the lung for the patient,” Singhal said. “They not only breathe better, but initial data from the clinical trials indicate the survival outcomes are the same."

The good news for patients with GGOs is that they are considered more treatable than lung cancers seen in tobacco users.

Singhal is optimistic about advances in the treatment of GGOs and hopes that the pandemic serves as a reminder to people not to neglect their health.

“COVID-19 is complicating everything,” Singhal said. “People need to keep going for their routine medical care.”

As Singhal and his team develop innovative new approaches to the treatment of lung cancer, he’s also excited to be moving into the new state-of-the-art Pavilion in University City.

"Patient care will be even better coordinated at the Pavilion because a number of different physician specialists are going to be localized together, which is convenient for the patient and allows frequent chatting and sharing of knowledge that does not exist in most places,” Singhal said. “The amenities are fantastic and there are also more sophisticated tools available for personalized biopsies and imaging. Expanding personalized medicine is a priority for everyone at Penn and the new building is a reflection of our progress."