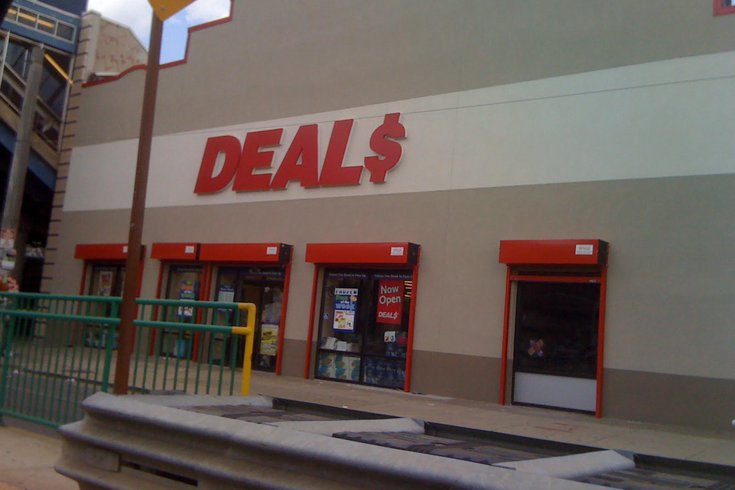 There will be a pop-up marketplace with 50 vendors in the vacant space at 31 W. Girard Avenue on Saturday, March 19 from 10 a.m. to 3 p.m. It was formerly leased to Deals, a discount store chain.

An organization focused on bringing business to Philadelphia's empty commercial spaces is holding a pop-up marketplace inside a vacant building in Fishtown later this month.

Now and Then Marketplace's Blooming Buds Pop-up will host over 50 local vendors in a space beneath the Girard Avenue stop on the Market-Frankford Line on Saturday, March 19. In recent years, the property has been home to the discount chains Deals and Dollar Tree, but it's currently empty.

Vendors who will be participating in the event include Terra Luna Herbals, a wellness company that sells everything from cosmetics to herbal tea. Saturdazies, a jewelry maker focused on brightly-colored accessories, will have a booth in the marketplace too.

Now and Then partnered with neighborhood development organization the Fishtown District and an architectural firm called ISA to hold the marketplace.

For event planner Steph Irwin, supporting small businesses is an important part of the event, but it's also about finding creative uses for vacant spaces with the goal of filling them permanently.

"The owners are letting me use the space… for the day in hopes it will help attract some eyes to their shuttered space for a potential renter," she said. "I wish to show them that using the space for such community events while it is vacant will not be a headache and help enrich street life in the neighborhood."

A representative from MPN Realty will be on hand to help anyone who might be interested in signing a lease on the 12,500-square-foot, ADA-compliant space.

This is not the first time Irwin has hosted an event like this. Starting in the summer of 2021, she held seven open-air markets with over 70 vendors in a space on Castor Avenue across from the Target in Port Richmond.

Irwin plans to keep working with the Fishtown District to highlight empty commercial real estate in the neighborhood.

Although the unadorned beige, single-story structure this month's event will take place in is easy to miss – especially now that it doesn't have a tenant – it has seen a lot of use throughout its history.

The building was first constructed as the single-screen Jumbo Theater in 1909. It predates the elevated rail line that now towers above it, which wasn't finished until 1922. For a time, the Jumbo did well, given its convenient location at the intersection of the el and trolley route No. 15, but the last movie was shown there in the early 1960s.

In 1965, it was turned into a warehouse for the Fox Electric Supply Co., which still owns the building.

Back in 2009, developer Avram Hornik made plans to convert the building into a bar, restaurant and music hall. However, he was met with significant pushback from residents of the surrounding community who were concerned about the potential late night noise.

Although the building is over 100 years old, it is structurally sound, has a weatherproof roof and is free of contaminants like asbestos, according to the owner.