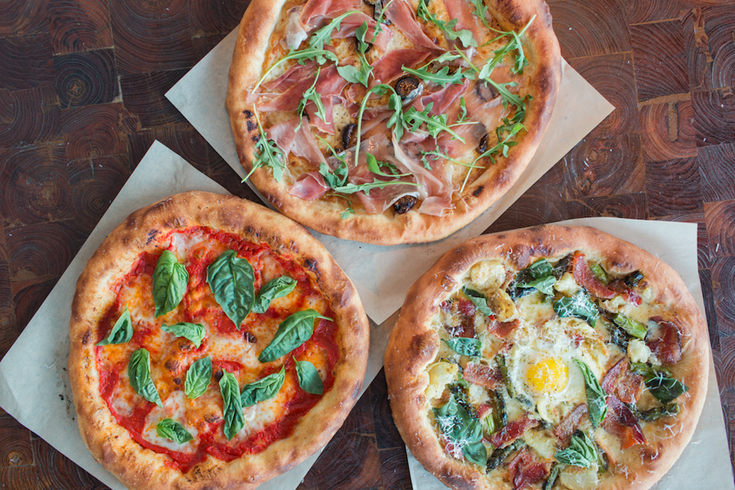 Lunch and dinner prix fixe menus will be available at 21 dining establishments during King of Prussia Restaurant Week, including at the Italian eatery North Italia, pictured above.

Dining out and shopping can both be done for a good cause when the 8th annual King of Prussia Restaurant Week returns next month.

This year's restaurant and retail celebration in Montgomery County will take place April 4-10 at 46 participating eateries and shops, with a portion of the proceeds going to the Children's Hospital of Philadelphia's King of Prussia campus.

Below are the 21 dining establishments offering prix-fixe menus during King of Prussia Restaurant Week.

Additionally, 12 fast casual restaurants and 13 retail shops will offer deals and donation days during the week.

King of Prussia will also host two other events in conjunction with Restaurant Week to help raise money for CHOP.

A Facebook fundraiser from March 17-31 will raffle off a prize pack of restaurant and retail gift cards and items to people who donate to CHOP. Entry costs range from $10-$50. Organizers are hoping to raise $3,000 through the raffle.

The CHOP Block Party will take place on April 3 from 1-4 p.m., at the King of Prussia Town Center. The family-friendly event along Main Street will feature magicians, inflatable carnival games, fire trucks, face painting, music, balloon art and more entertainment. The event is free to the public with a suggested $5 donation per person. Each donation will enter families into a raffle for gift cards and other items.

A post shared by King of Prussia District (@visitkop)

More than $220,000 has been donated to CHOP's King of Prussia campus since the event began in 2014, organizers said.