Off the Map: Tasties is a hidden gem in West Philly 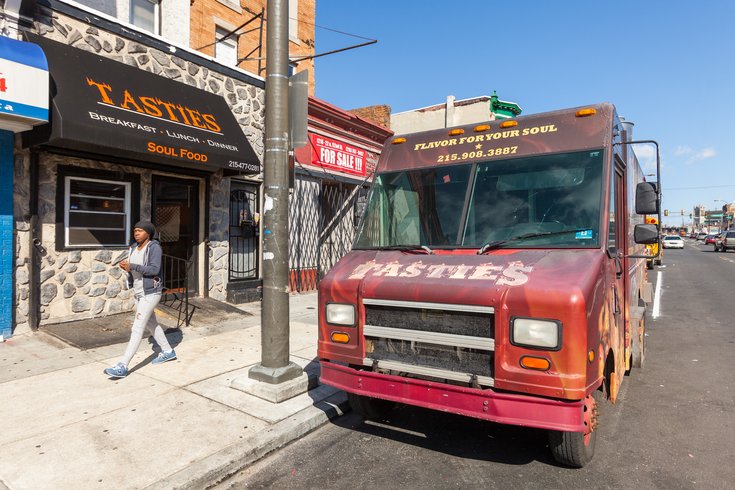 Philly is a BIG city. As much as we like to think it's a small town where everybody knows everybody, the fact is that some people live, eat and play in parts of the city without ever venturing across town.

As sad as this is, it's totally understandable. Especially when some local publications treat anything north of Girard Avenue, or west of 48th Street, like that shadowy part of Pride Rock.

Contrary to popular belief, odds are you won't be attacked by a pack of hyenas if you spend an evening on Fifth and Wyoming. If you're a Philly transplant or one of those Passyunk National types who never leaves the confines of your trendy ZIP code, you're missing out on all the truly amazing people and places that make this city unique. 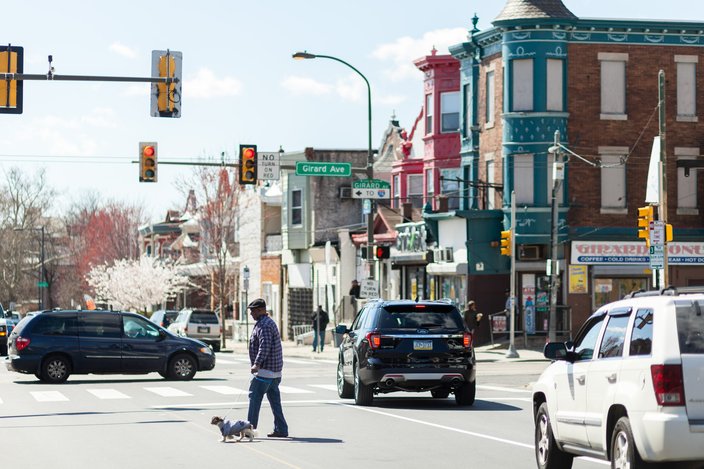 The intersection of 52nd Street and Girard Avenue on the morning of Tuesday, March 29, 2016.

"OK Mr. Writer guy, where should I go to see the real Philly?" Glad you asked. Let's start by taking a trip past University City, north of Cedar Park, to a neighborhood simply known as "West Philly." And let's take a stroll up to 1214 N. 52nd St. to a magical restaurant called "Tasties" owned by chef Barbara Devan. (Sidebar: I've lived in Philly all my life and never heard anyone refer to Baltimore Avenue as Cedar Park until I prepped for this article.)


Tasties is a small takeout restaurant that lives up to its name tenfold. The fare can be classified as traditional "soul food," however, Devan's best-seller is the chicken & shrimp alfredo. And the restaurant has sold plenty - enough to open three locations (West Philly, Germantown, and Camden, New Jersey) and a food truck in a little over three years.

My personal favorite is the fried chicken platter with mac and yams. And as delicious as the food is, the most endearing characteristic is the restaurant's humility. When you read the menu, you won't see long descriptions for each item, so you'll have no idea that the salmon is marinated in a sweet honey glaze with some other flavors that I can't quite discern. The dish simply reads "salmon platter." A classic example of "under-promise, over-deliver." 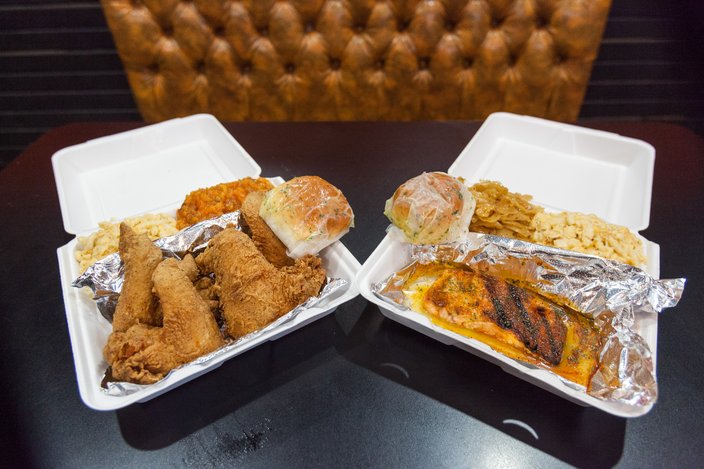 Devan carries a similar humility. She was born and raised in Philadelphia and studied culinary arts under the tutelage of her grandmother. That's just my fancy way of saying she was a kid in the kitchen with generations of women who all learned the same way. Devan's journey from "kid in the kitchen" to successful entrepreneur, however, was not without struggle. 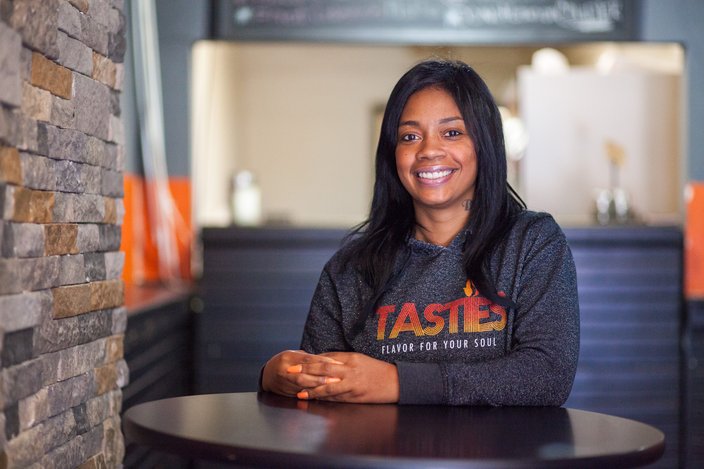 Barbara Devan, founder and owner of Tasties in West Philly.

"I started back in 2007 at 21st and Berks Street with a restaurant that only lasted about a year. It was a bad location because I didn't do any research, but it was just something I wanted to do," Devan said.

By 2012, she would work her way back to the kitchen by moonlighting at Jollies West in University City. Unfortunately, this return also would be short-lived due to the inconsistent crowds.

"Sometimes you have to hit rock bottom before you can see the light," Devan said.

During that time, she tenaciously saved enough money to purchase the Tasties food truck, all while being a single mother.

Asked about the main reason for Tasties' popularity, Devan said, "We have older people who keep coming back. And it's really hard to win over older people because most of them know how to cook. When we got their approval, we knew we were good."

And after much business-related trial and error and thousands of full bellies later, Devan has established Tasties as one of the most successful restaurants you've probably never been to.

Yes, we know Philly can be a dangerous city. But, in reality, you have a better chance of being an extra in the next "Creed" movie than you do of being attacked while salivating over Tasties' BBQ ribs. So do yourself a favor and catch the 15 trolley to 52nd and Girard and experience some "flavor for your soul" at one of Philly's best "Off the Map" experiences.