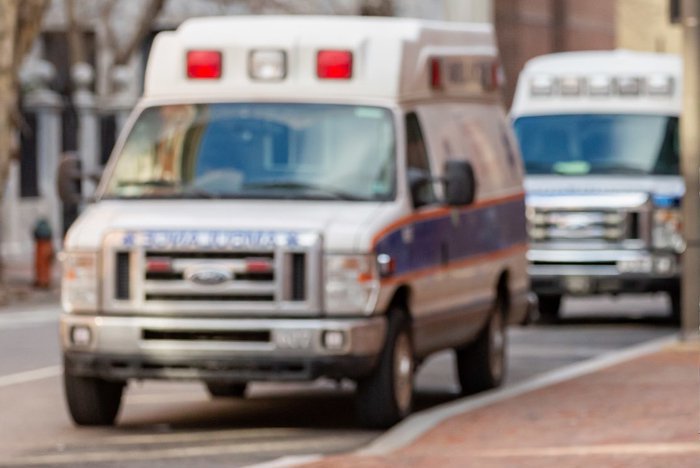 One person was killed Friday morning when a chicken house collapsed at a farm in Adams County, Pennsylvania. Seven others who were inside the structured managed to escaped and were taken to area hospitals.

One person was killed on Friday and seven others were hospitalized after a building for chickens collapsed on a farm in Adams County.

The incident happened around 7:30 a.m. along the 300 block of Spicer Road in Tyrone Township – about 130 miles west of Philadelphia. The large, vacant structure was being prepared for demolition when a "pancake-style collapse" ran the entire length of the building, said photographer Harrison Jones, who was at the scene.

ADAMS: 300 Block of Spicer Rd, a commercial chicken house collapsed with 8 people inside. 7 people were transported to area hospitals. 1 person was located deceased at the scene by search and rescue teams. Officials are still at the scene at this time. Please avoid the area.

Seven of the contractors managed to escape on their own and were taken to nearby hospitals. The extent of their injuries remains unclear.

Authorities did not identify the person who was killed.

The chicken house is owned by Hillandale Farms, one of the largest commercial suppliers of chicken eggs in the United States. The company is headquartered in Greensberg, Westmoreland County, and has a number of U.S. production facilities.

A 2017 fire at the farm in Tyrone Township killed more than 100,000 chickens that were trapped inside a burning barn.

It's unclear what led to the collapse of the building at the farm on Friday.