A peek behind the velvet curtain of the Academy Ball 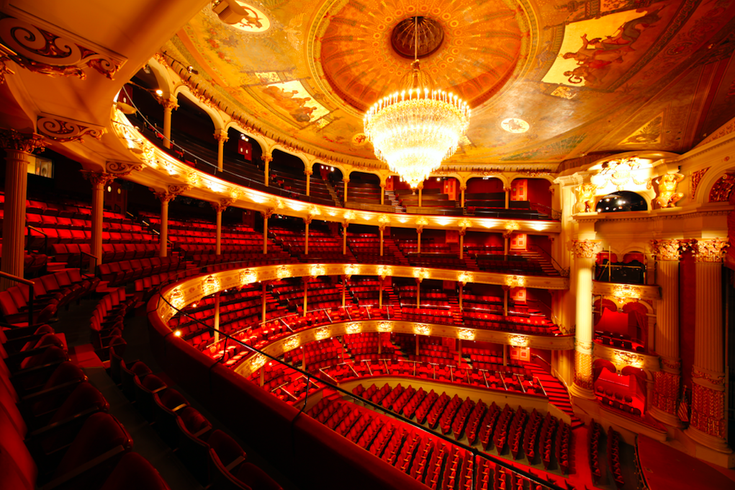 A side angle view of inside the Academy of Music.

Since its inception, the Academy of Music's annual Anniversary Concert and Ball has been one of Philadelphia's toniest events.

With a white-tie-tails-and-gown crowd and an air of refinement to go with its elegant stringed sounds, it is truly the start of Philly's social season. Owned by the Philadelphia Orchestra Association (and managed by the Kimmel Center), the "Grand Old Lady of Locust Street" is the longest continuously operating opera house in America, and a Ball attended by the hall's most devoted fans. They will be in attendance again this Saturday when comedian and banjo player Steve Martin joins the Orchestra to benefit the Academy.

RELATED STORIES: Here are your must-see plays and musicals on stage this February | Impress your special someone with these unique Valentine's Day date ideas | Personalize your perfume by designing your own scent

Being built, as it was, in 1857, this is a room that requires special upkeep beyond polishing the brass and importing a new chandelier from France. Renovating its stately grand ballroom with new windows, which now open to a Broad Street view, and restoring elements of the exterior are but part of what goes in to sprucing up the joint.

Even with that, few expenses get paid for without the aid of the annual charitable soiree.

"The Anniversary Concert and Ball is the primary fundraising event that supports ongoing preservation and conservation efforts for the Academy, including much needed capital improvements totaling approximately $1 million annually," he said.

"There are no other means of support for the preservation of the Academy except for the concert and ball and the restoration fund. The Academy does not receive revenue from its resident companies, Broadway Series or any other auditorium or ballroom rentals. Ticket prices to any of the performances at the Academy only pay for a small percentage of the total operational needs of our building."

Hence, having a ball is more than just a fancy idea. It is a necessity. 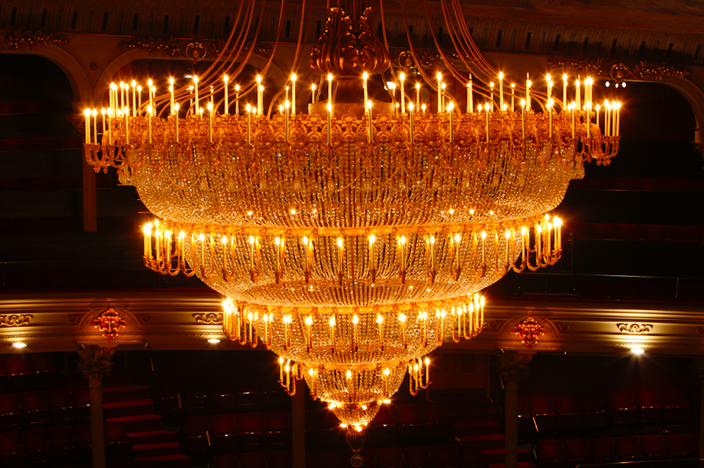 The chandelier imported from France that hangs above the Academy of Music.

"On a yearly basis, the concert and ball raises approximately $2 million in gross revenue for capital projects," says Jeremy Rothman, Vice President of Artistic Planning at The Philadelphia Orchestra.

Though neither man will say what it costs to snag big-name guest stars such as Martin Short, Al Pacino, Sting or this year's celebrity, Steve Martin, Loden did share that the night's special guest artists are acquired about three to six months out from the event, depending on their schedule, and that the Academy looks for performers that can relate to the orchestra.

"We seek talent eager to collaborate and exchange ideas of what we can create together," he said. "And we do get broad interest in artists that want to join us, but schedules for filming movies, TV shows, being on Broadway or during a busy award season can sometimes intervene."

Sometimes renowned for its stuffy traditionalism, it is a standard practice for men to wear white tie and tails, and for woman to wear evening gowns; and for all to promenade on South Broad Street from the Academy of Music to The Bellevue after the orchestra performance. That may sound ancient in its execution, but Rothman notes that a growing percentage of the newest Academy patrons and supporters are now under 40. 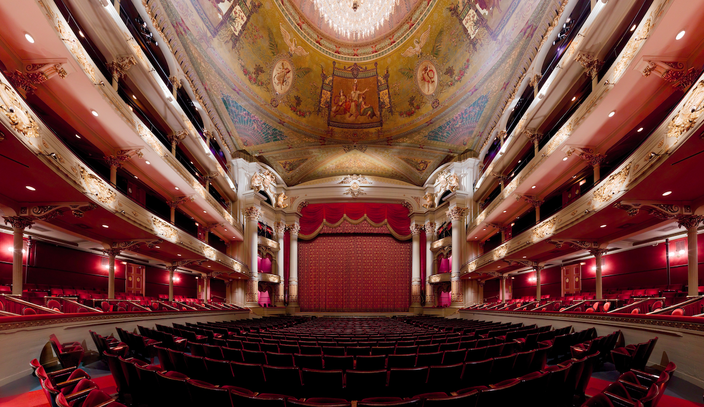 The Academy of Music

"Most are participating in Academy activities because they genuinely love the building and believe it is critical to set an example for the next generation of stewards. The Young Friends Committee has been an instrumental part of growing the audience members between the ages of 21 and 40."

Additionally, he hopes to continue expanding the appeal of not just the ball, but support of the Academy.

"Our new website, social media plugs and video shorts have already stirred great interest and helped the region recognize the real value of the Academy for all," said Rothman.

That 160 balls have take place before Saturday night's party, and past occasions have drawn visiting dignitaries such as Prince Charles and Camilla (for its 150th anniversary), one can't help but wonder if there has ever been anything juicy, scandalous or even politically controversial of note to come from any of the Academy of Music's annual affairs.

"The Academy of Music is above politics and scandal," said Loden.

"It is the ideal place to gather and feel a part of Philadelphia, regardless of neighborhood or accent."