Radiation experiments aim to give solutions for safer space travel

As I descend in the elevator to the basement (er, concourse) of the Perelman Center for Advanced Medicine at the University of Pennsylvania, accompanied by Dr. Keith Cengel and Eric Diffenderfer, I feel like we're entering the secret lair of some super villain from the movies.

We get off and walk down a hallway, into the control room and through a protective concrete maze, and Cengel jokes this is the super villain’s lair. The heavy machinery and ominous radiation warnings on the wall certainly fit the bill.

Of course, nothing diabolical actually will occur in this lab, set to open March 15. It's where the researchers will conduct radiation experiments for NASA to help improve the safety of space travel. 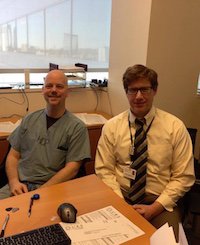 Cengel, a professor of radiation oncology, and Diffenderfer, a medical physicist and assistant professor, talk about their research in terms of how it could be used in a mission to Mars; NASA’s stated goal is to put humans on the red planet sometime in the early 2030s.

Going to Mars — and space travel in general — is all about trying to take the most calculated risk possible. Space travel, by the way, is a huge risk. One of the key variables NASA must take into account is radiation.

Cengel will be testing radiation’s effect on the human body in space-like conditions, while Diffenderfer will test its impact on equipment. Radiation can have catastrophic effects on both.

But the sample size of humans exposed to high levels of radiation is small outside of Hiroshima and Nagasaki, Cengel notes, at least when compared to the entirety of human history. So the exact outcomes, and severity, of those effects are hard to know.

“What you really need is thousands of humans living in a space-radiation environment for years,” Cengels says.

That could happen many years down the road, Cengel notes. But for now, he and his fellow researchers will gather the most information they can with the resources they have.

“You don’t have the opportunity to spend the hundreds of years necessary to study this,” Cengel says.

The Earth’s magnetic field protects us from most space radiation. As an astronaut travels further and further outside that protective bubble, radiation levels increase dramatically.

There are two big radiation threats in space: galactic cosmic rays, which originate outside our solar system and carry protons and heavy ions accelerated to tremendous speeds, and solar particle events that disperse ions when plasma violently erupts from the sun.

The solar particle events are especially tricky. They are impossible to predict, and they're more intense than galactic background radiation.

Exposure of a spaceship's crew to this level of radiation with inadequate protection could throw a big wrench into NASA’s plans on a two-and-a-half year trip to Mars.

“It poses a real danger to astronauts, especially if they’re on a mission to Mars,” Diffenderfer says.

The doses of radiation in Cengel's experiments can cause humans to experience extreme fatigue — not such a big deal, he's found so far — and nausea and vomiting, “which is a big deal in a spacesuit, and a space environment in general,” Cengel says.

Additionally, it can impact the immune system, making astronauts more susceptible to infection. 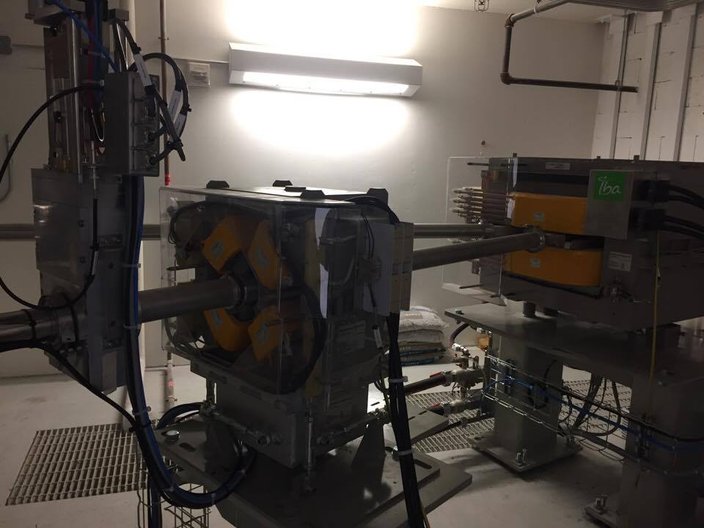 Pictured is the proton beam that will be used for radiation experiments at Penn. The research is being done for NASA to aid in improving the safety of future space travel.

With limited medical facilities, any health crisis raises the stakes of an already dicey undertaking.


“If your halfway to Mars, you don’t turn back,” Cengel says, “Or maybe you do, and you better have parameters. That’s where all this stuff sort of comes in.”

The best way to stop radiation from reaching astronauts is pretty simple: lots and lots of mass.

The more radiation there is, and the higher the energy of that radiation, the more material that needs to be between it and the crew.

But that doesn’t come cheap.

“Mass is money, pretty much” Diffenderfer says. “The more mass you have, the more it costs to put it up into orbit.”

Just like it can wreak havoc on the human body, radiation destroys the tools astronauts rely on. Computer software can be corrupted. Memory can be erased. Transistors can be damaged to the point that they no longer work.

And different protective materials are effective against different kinds of space radiation. 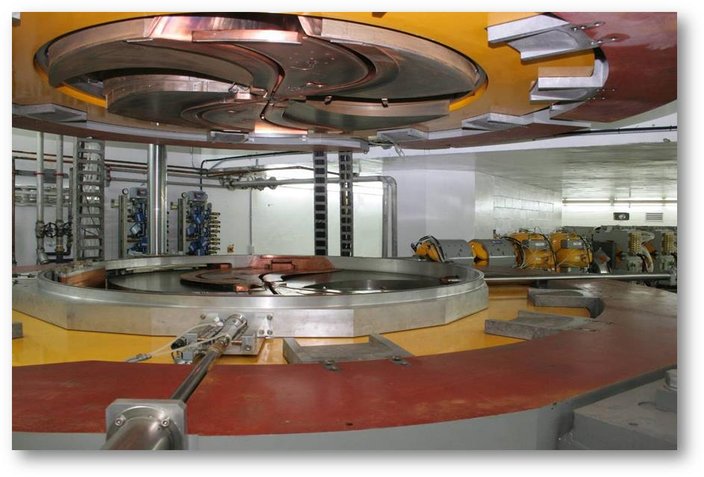 Solar particle events produce high-energy protons, requiring a lot of material to stop. Yet with galactic cosmic radiation, you get high-energy heavy ions. When those ions collide with the heavy protection needed for solar particle events, the heavy ions break up, creating a shower of radiation that is also dangerous for humans and space equipment.

Solving these problems isn’t about eliminating radiation exposure completely, because there’s “no such a thing as no dose of radiation,” Cengel says. Instead, they’re aiming for ALORA, or “As Low As Reasonably Achievable.”

To find that low, we go back to the lab, where a moveable cart used for small-animal testing sits in front of a proton beam. The beam is connected to Penn’s cyclotron, the giant particle accelerator that powers proton therapy for cancer treatment in the hospital’s radiation oncology department.

I was at @Penn this morning learning about radiation research to improve space travel. pic.twitter.com/1sVz7AaxeE

Cengel and Diffinderfer will use the beam to test how different levels of space-like radiation impact small animals and electronic equipment, trying to find the right balance.

How much radiation should a Mars mission prepare for, and how much should NASA protect its astronauts against? What’s the worst case scenario? Those are the questions they’ll try and answer.

Obviously, Cengel and Diffinderfer don’t have control over how or when their research is used, but Cengel estimates that if given the proper funding and resources, NASA could probably put humans on Mars within the decade.

“If you have the will to do it, it’s totally feasible,” Cengel says, adding that the benefits of attempting such a mission are immeasurable. ‘

On top of the development of human capital and technology, you inspire the next wave of engineers, scientists and doctors, in the same way Cengel was inspired as a kid when his parents brought him outside to watch the Apollo–Soyuz Test Project fly overhead in the summer of 1975.

Those kids, first introduced to science by the wonders of the space program, may never end up working with NASA. But they do go on to build artificial hearts and skyscrapers, and find answers to the world's problems that need solving.

“All of these things need inspired children to grow up to be hard-working scientists,” Cengel says. “And if it does nothing else than do that, and we never go anywhere, it’s still valuable.”