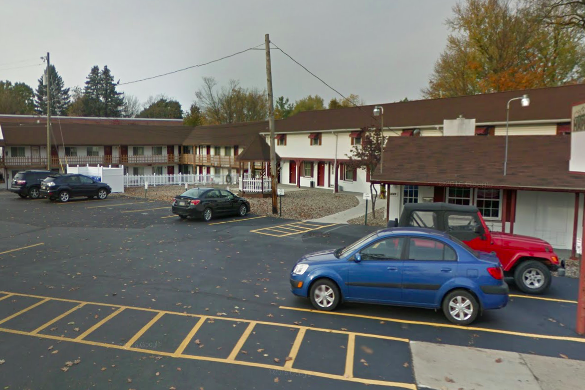 A 25-year-old Penn State University student was found dead in his off-campus apartment on Monday, according to authorities in State College.

Charles Cudlipp, a chemical engineering major, was discovered by his parents at his Happy Vally Motor Inn apartment, where he lived by himself. Authorities said they do not suspect foul play in Cudlipp's death.

"We were saddened to learn of the passing of Charles Cudlipp," the university said in a statement. "Charles was a chemical engineering major from Gibsonia, Pennsylvania, expected to graduate in summer 2018. Our deepest sympathies go out to Charles’ family and friends during this difficult time. Staff from our Office of Student Affairs are reaching out to his family to offer any and all necessary support."

The results of an autopsy scheduled for Tuesday night were not immediately available.

Cudlipp's death comes after William Danton, a 19-year-old health policy and administration major, was found dead in his campus dorm room in January.

The university said counseling services will be available to all members of the campus community in the wake of Cudlipp's death.