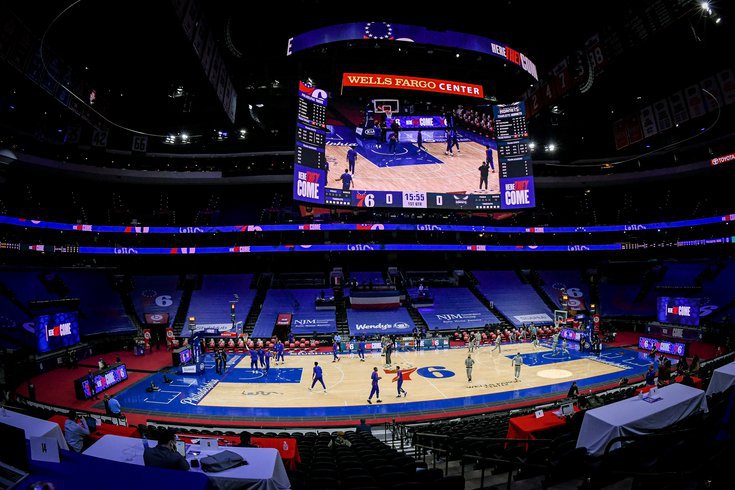 Pennsylvania's new occupancy limits for indoor and outdoor venues could soon allow fans to return to the Wells Fargo Center and Citizens Bank Park in Philadelphia. The city will first have to revise its own guidelines and approve plans submitted by each venue to ensure COVID-19 safety measures are in place.

The revised COVID-19 mitigation efforts include changes to occupancy limits and the elimination of out-of-state travel restrictions, which had been imposed since November.

In both settings, core public health measures such as masking, social distancing and hand hygiene practices still must be enforced. The higher occupancies are permitted only if attendees and workers are able to comply with a six-foot physical distancing requirement.

The state also is doing away with its previous requirement that any out-of-state visitor over age 11 provide evidence of a negative COVID-19 test or quarantine for 14 days upon entry.

The impact that the loosened restrictions will have on fan attendance at the Wells Fargo Center and Citizens Bank Park depends on how soon the city moves to align its own restrictions with the state.

Last week, Health Commissioner Dr. Thomas Farley raised occupancy limits to the state's prior level. That would not have enabled fans at the Wells Fargo Center and would only have permitted a very limited number of spectators at Citizens Bank Park.

Both stadiums already have submitted plans to the city in anticipation of loosening restrictions at the state level, in hopes that the city will follow suit.

"The city is currently exploring what changes need to be made to the published guidance and Safer-at-Home Order to facilitate coming into alignment with the new protocols announced by Gov. Wolf this morning," health department spokesman James Garrow said. "This is consistent with Dr. Farley's updates last week to bring Philadelphia into alignment with the state."

The stadiums also will be required to follow the regulations of the NBA, NHL and MLB.

Under the state's revised guidelines, that would allow for about 3,000 fans at Sixers and Flyers games and roughly 8,550 fans at Phillies games. In both cases, the number of fans allowed would be reduced by the inclusion of players, coaches, team personnel and stadium staff.

Those rough estimates ultimately will depend on where the city lands with its own occupancy limits. Philadelphia often has had tougher restrictions than the rest of the state during the coronavirus pandemic.

The Wells Fargo Center will welcome Flyers and Sixers fans back "within days" of the city further easing its restrictions, President of Business Operations Valerie Camillo said.

"We're speaking directly with city leaders this afternoon in our continuing effort to make that happen as soon as possible," Camillo said. "We've invested millions of dollars in health and safety advancements, we've worked with public health experts, and we've learned the best practices of other arenas that have safely welcomed fans back already. We're ready to safely put hundreds of our part-time employees back to work and bring our fans back to Broad Street."

Earlier this year, the Wells Fargo Center was awarded the WELL Health-Safety Rating for Facility Operations and Management, a third-party verified rating of the venue's health and safety protocols. The arena also recently completed an $11 million renovation of its HVAC systems, installing a new air filtration system that replaces all the air in the arena's seating bowl every 30 minutes.

"We are thrilled by Gov. Wolf's decision to increase capacity at sporting events," 76ers President of Business Operations Chris Heck said. "For 12 long months, we have been preparing for the opportunity to welcome home the greatest fans in the world to The Center."