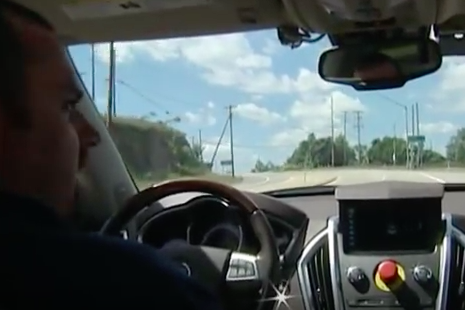 An announcement from the Pennsylvania Department of Transportation this week sounds like it's coming right from an episode of "The Jetsons."

The state's transportation agency is taking a major step in trying to become a potential leader for the development of automated vehicles across the nation, officials announced earlier this week.

PennDOT has applied to a U.S. Department of Transportation solicitation to become an "Automated Vehicle Proving Ground Pilot" that would determine safe testing sites and further help the state develop the new technology.

"This application further illustrates that we're a national leader in supporting automated vehicle development with safety and flexibility in mind," PennDOT Secretary Leslie Richards said in a statement. "We’ve put in significant work on this issue with our task force, with our partners in the legislature, and through close collaboration with the industry."

The application highlighted a number of reasons to grant the designation to Pennsylvania, including Uber deploying its first self-driving vehicle fleet in Pittsburgh, as well as Penn State University's closed track or the Pocono Raceway that could be used for testing.

PennDOT's application also made mention of its task force, created in June, that's dedicated especially toward the development of driverless cars.

While PennDot's announcement came in January, the nationwide application was due by Dec. 19

The DOT said that the status would "encourage new levels of public safety" while working toward new ways of transforming personal and commerical mobility, according to the federal application.

The agency outlines that the designation "is not an award of federal financial assistance."

The DOT said its selection will be announced in the coming months.