This proposed legislation was introduced as other U.S. states and local governments weigh penalties for failure to cover one's face 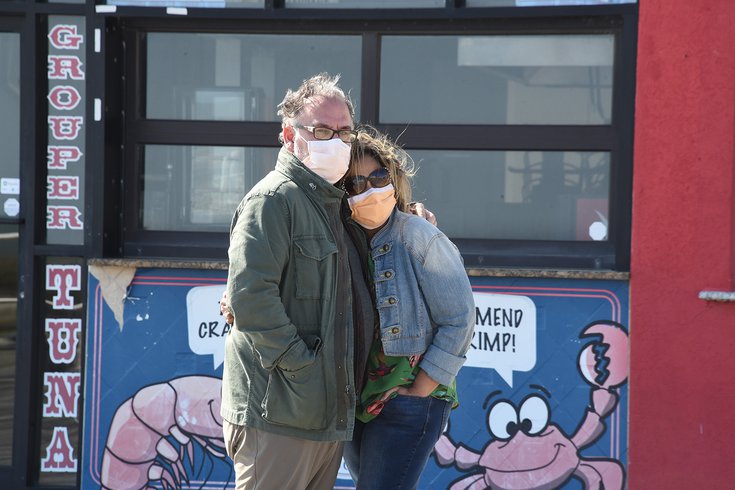 Pennsylvania lawmakers are reviewing a bill that would result in misdemeanor charges against a person for not wearing a mask in mandated areas during the COVID-19 crisis.

Pennsylvania residents could potentially face a misdemeanor charge if they refuse to follow the state's mask mandate in public during the coronavirus pandemic.

A bill introduced in the state Senate earlier this month would classify not wearing a mask as recklessly endangering another person, a second degree misdemeanor.

“A person commits a misdemeanor of the second degree if the person willfully fails to wear a mask or other face-covering that is necessary to protect public health as a result of a declaration by the Governor of disaster emergency,” the bill reads. It was introduced by Fourth District Sen. Art Haywood, whose district covers parts of Mount Airy in Philadelphia and some of the adjacent Montgomery County suburbs.

The bill was introduced on Sept. 8, several days before a federal judge ruled some of Gov. Tom Wolf's emergency orders are unconstitutional. The case covered the closure of "non life-sustaining" businesses and limits on gatherings, but did not address the state's mask mandate.

Pennsylvania's mask mandate specifically requires people wear a face covering when outdoors and unable to consistently maintain a distance of 6 feet from people who are not members of the same household. It also applies to indoor locations where members of the public are generally permitted.

Wolf and other state leaders were sued in federal court earlier this month by two Pennsylvania couples who claim the mask mandate and COVID-19 contact tracing program infringe on their basic individual rights.

Several locations around country, primarily local governments, have enacted laws that impose fines for not wearing face masks in public. In New York City, commuters face $50 fines for not wearing masks on subways, buses and trains. Several California towns have imposed hefty fines for both individuals and businesses.

Connecticut will begin imposing $100 fines statewide on Thursday for those not following that state's mask mandate, as well as separate fines for those who violate limits on gatherings.

The bill in Pennsylvania does not make reference to a fine, though convictions on misdemeanor charges typically come with a monetary penalty.

The legislation has been referred to the Senate Judiciary Committee for further review. If it were to eventually be signed by Wolf, it would take effect 60 days later.