Pennsylvania teens go to jail for red balloon 'It' prank 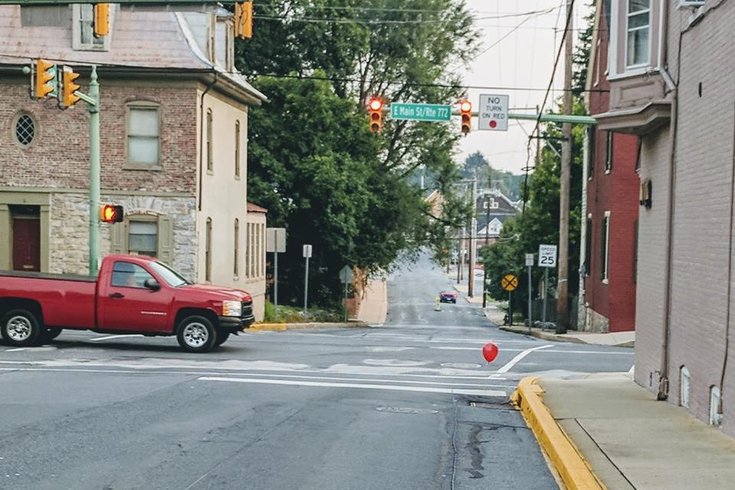 Red balloons, similar to the ones seen in the movie "It," have been spotted in Lititz, Pennsylvania.

A local prank took the world by storm last week when a group of teens in Lititz tied red balloons to sewer grates in anticipation of the premiere of '"It," the first big-screen adaptation of Stephen King's award-winning 1986 novel of the same name.

When police took to Facebook to admit they were "terrified," the prank went viral to the tune of 18,000 shares. More than happy to take credit, 17-year-old Peyton Reiff stepped forward to claim responsibility for the mastermind plan she and her friends took to the streets.

Authorities promised that instead of punishing the girls, they were planning a "funny follow up" with them.

On Wednesday, Reiff and her friends spent about five minutes in jail as Lititz police reflected on the department's 15 minutes of fame.

"Getting serious for a moment, which is difficult for us, we greatly appreciate the positive comments we received from our local citizens and people from all over the world on how the situation was handled and our 'light-hearted' posts on the matter," police said in a Facebook message. "It was refreshing to the members of the LBPD in an otherwise often dismal profession to be immersed in positivity and reminded of the support."

Reiff and her friends' experience behind bars was captured in the video below from Lancaster Online.

As for the movie, "It" earned a record-breaking $117.2 million at the box office during its premiere weekend. It was the all-time largest opening for a horror movie and also the best September opening in box office history. A sequel to the film, produced at a pennywise budget of about $35 million, is already in the works with a release targeted for the third quarter of 2019.