People in D.C. are counting down for the city’s first Wawa, opening Thursday 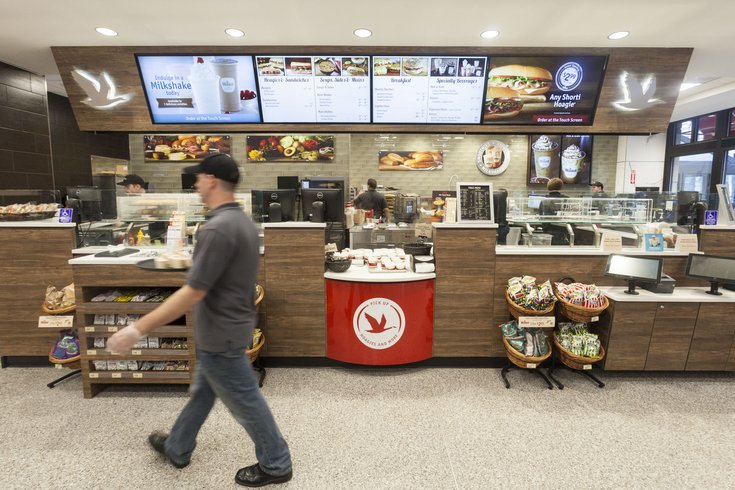 Washingtonians are understandably counting down.

A friendly reminder: the first Wawa in D.C. opens in less than a week. Not everything is bad, guys.

First @Wawa in #DC opens Thursday! Prepare for your lives to be changed in ways you never thought possible! https://t.co/k9MgMNmRTx

The Washington Business Journal reported more details surrounding the store that has excited many Philadelphia transplants now living in D.C., including the store’s “upscale” decor to cater to the business district surrounding its location at 1111 19th St. NW. It also isn't far from a lot of college bars attracting nearby students who are sure to make use of the 24-hour location.

The store reportedly will be more than 9,000 square feet, making it the largest Wawa yet, and features exposed brick, subway tile, and natural wood tones.

Though D.C. seems to be getting the fancier treatment from Wawa, the general floor plan of the store will look familiar to Philadelphians, complete with coffee island, sandwich counter, and public bathrooms.

One feature that sounds unlikely to appear in Philly anytime soon: outdoor seating, which the D.C. Wawa will have, as well as an indoor dining area named the Wild Goose Cafe.

Wawa’s second D.C. location is already underway in Georgetown, and as many as 50 new stores could hit that region within the next five years.