Democrat launches campaign to take on 'politics as usual' 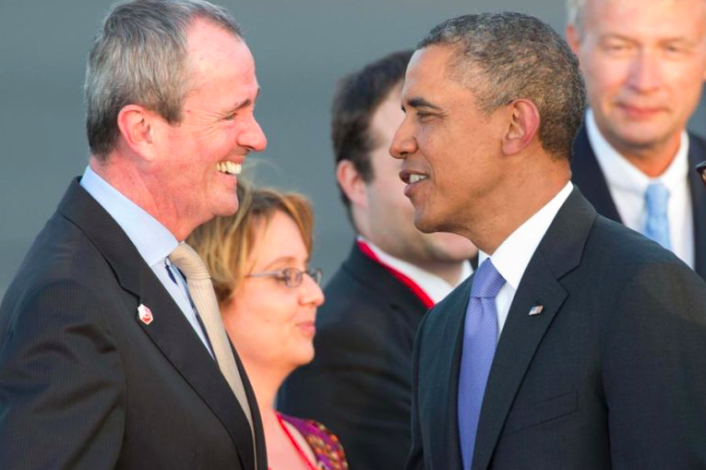 That's not too far off for Phil Murphy, the progressive Democrat who announced Monday he will run for governor of New Jersey in 2017.

Murphy, a former executive at Goldman Sachs, has become increasingly active in New Jersey politics over the past few years. In addition to leading the New Start New Jersey policy group, he founded the New Way for New Jersey initiative — now his campaign — to champion causes ranging from paid sick leave and a higher minimum wage to retirement security and college affordability.

At his campaign site, Murphy casts himself as a political outsider who understands the struggles of New Jersey's working class.

It’s time to make New Jersey better for all of us.

That means growing the middle class by building a newer, smarter economy with good jobs that support a family; equal pay for equal work; a higher minimum wage; putting a college education back within the reach of anyone willing to work hard; protecting women’s health care; making every community safe from gun violence and lead poisoning.

And here’s what this campaign is not about — serving the political insiders, because I don’t owe them anything.

As NJ.com notes, Murphy could face scrutiny for his background at Goldman Sachs, the global investment bank where former New Jersey governor Jon Corzine was also an executive. Murphy was later appointed by President Obama to serve as U.S. Ambassador to Germany, a post he held from 2009 to 2013.

As New Jersey continues to grapple with an overburdened pension system and a debate over whether to expand casinos outside of troubled Atlantic City, about 10 potential candidates from both parties have expressed interest in running for governor in 2017.