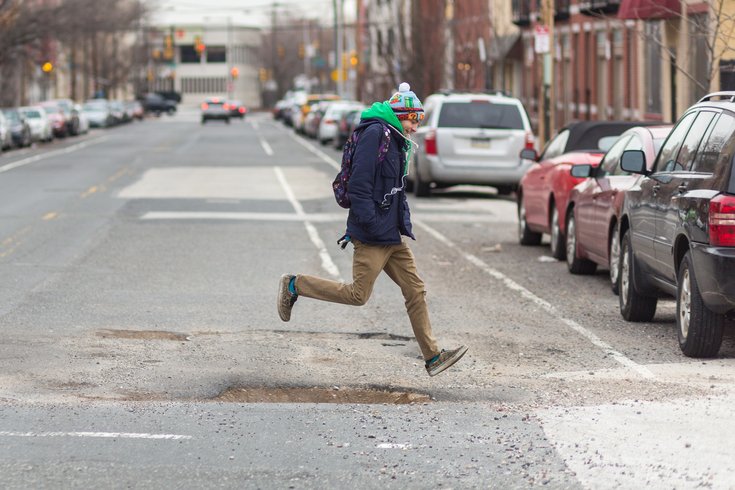 Under the city's Capital Program — which is a plan for investing in Philly's physical and technological infrastructure — the mayor is looking to invest in things like streets, public facility renovations, sanitation, parks, water, and transit.

Streets are getting the largest single investment of the spending budget, at more than $200 million over five years the will, in part, be used to repave and repair city roadways notoriously littered with potholes. It would account for almost one-fifth of the total capital program, and by the fifth year of the investment, Philadelphia would be paving and constructing 130 miles of roads annually.

Previously, the city reported the Streets Department had received $28 million annually, on average, since 2014. The new budget proposes $43.2 million in the 2020 fiscal year, increasing up to $56 million annually in later years. That'll bring the department's total five-year budget up to $315.4 million in city tax-supported funds.

The complaint I hear most often from residents: the condition of our streets. We’re investing $200 million in a six-year program; by FY23, @PhilaStreets will be repaving 131 miles of streets annually. This is the largest single investment in the capital program. #PHLbudget pic.twitter.com/KKgd3bvmno

Resurfacing and reconstruction will specifically be given $27.9 million in the first year of the program, eventually totaling $207 million toward resurfacing local roads by 2025. That's the single largest investment in the five-year plan. The goal is to repave 131 miles of local roads annually at the end of five years.

Kenney's proposed budget is also a victory for Vision Zero and bicycle advocates. The Bicycle Coalition of Philadelphia first advocated for the paving of more than 130 miles in the city back in 2014. Under the proposed budget in the streets category, $14 million will also go toward traffic safety improvements associated with Vision Zero over five years.

City Council members must pass a budget and five-year plan by the end of June.