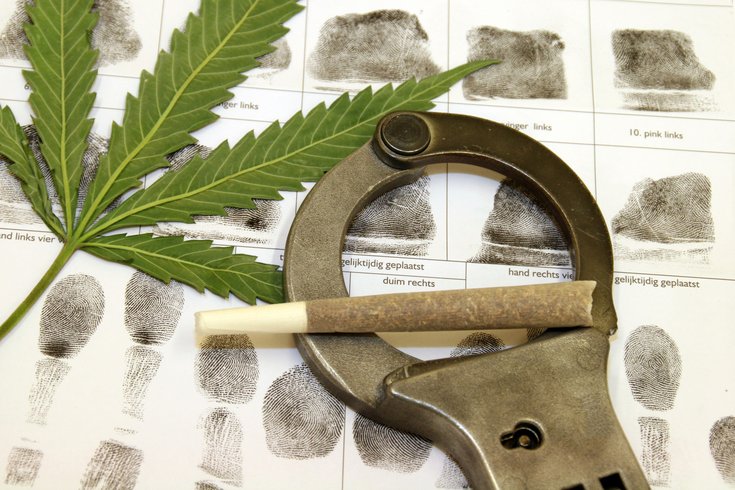 Philadelphia made international news last fall when it became the largest city in America to decriminalize pot.

High Times, the weed-proponing magazine, said Mayor Michael Nutter made “history” after signing a decriminalization bill that would slap a $25 fine on those possessing 30 or less grams of weed and a $100 fine or community service for smoking in public within city limits.

Located in The Justice Juanita Kidd Stout Center for Criminal Justice, the  Small Amounts of Marijuana Court was set up to give defendants a second chance at a clean record. There they could opt for either a criminal trial or a diversionary program involving a class and a $200 fine. Those who don’t complete the program or can’t pay the fine face the regular criminal trial process for possession.

The two systems - one civil, one criminal - exist because of a conflict between efforts to legalize the drug by some local activists and a state law that still forbids individuals from using or possessing it.

Eric, who declined to provide his full name, was in Room 404 of the criminal justice center, the marijuana courtroom,  last Monday. He said he was arrested about a week before the law changed.

“The person that I was going to purchase my marijuana from, I guess the cops were watching them,” said the 22-year-old. “I got caught up in what,  you could call it a sting.”

Eric was deemed ineligible for the diversion program because he had missed the class twice. To take the class, an individual must pay the fine; Eric said he couldn’t afford it.

During last week’s session, each name on the SAM Court roster was called and the individuals rose from one of the seven rows of worn-out black benches. Most were given the option to say whether they wanted the diversion program or a trial. The vast majority said they wanted to take the class and expunge their record. About 35 cases were heard and six bench warrants were given out because individuals failed to show up on multiple occasions.

Monday's marijuana caseload included arrests both before and after the decriminalization law went into effect.

Trial Commissioner Kim Oliver, who presided over the court session, was straightforward and exact when she told each defendant what his or her options were. She was understanding when individuals showed up late and she appeared cross only once – when one man called her “sweetheart,” which was met with a strong reprimand by Oliver. Nevertheless, she presented him with his legal options after he backed down and agreed to be more respectful.

From November through January, 81 bench warrants were handed down to people no longer eligible for the diversionary program, according to a court official.

Derek Riker, chief of the court’s Diversion Unit, said the court system continues to deal with marijuana possession cases as misdemeanors because they are listed that way under state law. While the city allows police to treat marijuana cases with a citation, the courts are asked to deal with those arrested under criminal law.

“It hasn’t changed at all,” said Riker about the court’s diversion process. Riker said the only change in SAM court since last fall is its frequency: it meets less often because of the reduced caseload.

From Oct. 20, 2014, when the new law was enacted, through Feb. 8,  there were 247 arrests for possession of marijuana in the city, according to police. Those arrests, which included all possession arrests, not just those for small quantities, represent a significant drop from previous years. For example, in the last two months of 2013, there were 559 arrests for possession of 30 grams of weed or less, according to philly.com. 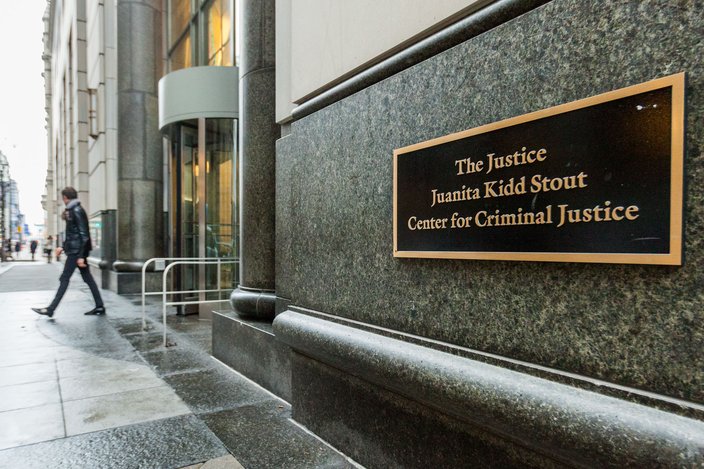 The number of referrals to SAM court dropped sharply after the law change on Oct. 20. From the start of 2014 until the law change, Riker said 2,219 cases had been referred to SAM court. From Oct. 21 through the end of the year, just 89 cases were referred.

Former city councilman and mayoral candidate Jim Kenney advocated for the law change last year. He is for legalization and said that it was unfortunate those arrested for possession before the law change had to deal with the courts.

“I think we should suspend all activity as it relates to people who are arrested prior to the Oct. 20th start date,” said Kenney.

Because possession is still a misdemeanor and the court has already expended money preparing cases, it would be impractical to simply drop all charges, Riker said.

Kenney said the main benefit of the law change was that fewer people are being arrested and police have fewer confrontations with the community over pot.

Conversations about marijuana in Philadelphia at times circle around to race. Indeed, offenders at last Monday’s SAM court session were predominantly minorities. Critics of the old practice of habitually arresting offenders - sometimes as the result of a stop-and-frisk – say that blacks were subject to a disproportionately high level of enforcement. About 84 percent of arrests solely for possessing marijuana in 2012 were of blacks, a population that makes up about 43 percent of the city, according to a report done by the law firm Kairys Rudovsky Messing & Feinberg.

“The stunning disparities found in even predominantly white police districts supports the conclusion that racial factors are impermissibly influencing the decision to stop, search and arrest,” the law firm’s report said.

David Oh, a Republican city councilman, voted “no” on the law change and said it was too early for him to decide whether it was working.

Oh said he was worried about the law’s impact on policing: “There are high murder and high violence areas of the city.” In those areas police need to show a presence and at times arrest those who are acting out or smoking marijuana in public, Oh said.

The letter of the law allows individuals to face jail for possessing marijuana but Riker said that in practice that did not occur in Philadelphia.

Chris Goldstein, an activist with the marijuana legalization group NORML, praised SAM court and its original purpose, providing defendants with a way to get a potentially debilitating drug charge expunged from their record while saving the city money on trials.

Riker says that those, like Eric, who claim that money is a problem usually have about 90 days to save the $200 fee and should be able to put enough money aside over that time period. He said that many of the new arrests for possession came after people were observed by police buying weed, and not as a result of stop-and-frisk arrests.

If an individual court date or the diversion class is missed, the individual is granted a second chance at completing it in order to expunge his record. If they miss the second chance, their case is sent for a trial. If they fail to appear, a bench warrant is issued and when they either turn themselves in or are arrested, the diversion program is usually no longer an option.

Those who want to fight the charges, or failed to complete the diversion program, head to trial or plead guilty, Riker said. Those without a record can plead no contest and are given 30 days of probation and must pay court costs, which can be around $400 - double the fine for the diversion program. If probation is completed successfully, their record may be expunged. Those with prior records are dealt with somewhat differently. If they plead or are found guilty, the charge will stay on their record and they'll have to pay court costs. There are often no further penalties, however, Riker said.

Under state law, an individual convicted of possessing a small amount of pot can be sentenced to up to 30 days in jail and given a $500 fine.

Eric is one of those who was arrested before the law change but faces the court system under the state law.