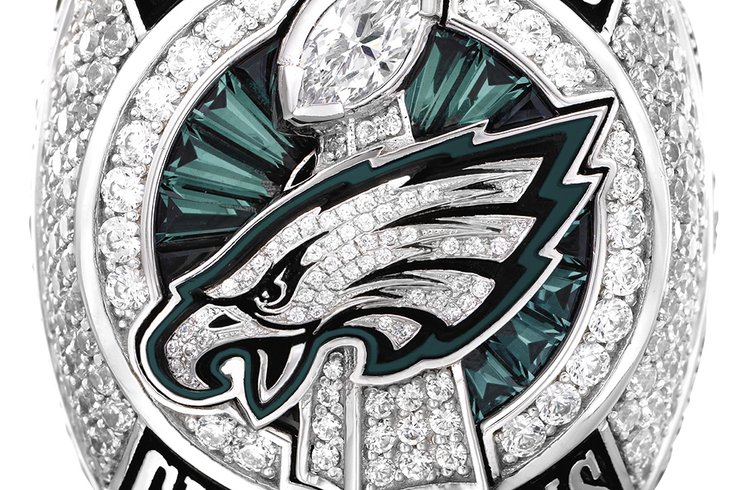 In lieu of spending $11,127 on a limited edition Super Bowl ring, most  Eagles fans were more than content to gaze at photos of the team's first-ever bling.

For many who had been part of the Eagles organization over the years only to watch the team's Super Bowl run from afar, the 2017-18 season was probably bittersweet.

Few would have a better case to feel that way than Carol Cullen, the woman who spent more than 30 years working as a secretary for Eagles head coaches.

Cullen was fired by Chip Kelly — arguably the most reviled head coach in team history — during his disastrous three-year tenure in Philadelphia. She was one of several members of the Eagles family, players and staff, who were cut loose as Kelly tried to usurp power and overhaul the organization.

When the team received its rings last week, Cullen's daughter posted a special photo Twitter. The team, specifically head coach Doug Pederson, had not forgotten about her and her many years of service.

So my aunt works for the eagles for three decades as the head coach’s secretary.
Chip Kelly fires her.
The Eagles win the super bowl.
I get the below text messages last night.
I’ve never loved and organization more. pic.twitter.com/YaeMrl6TI1

In an interview with CBS3, Cullen explained that while she was always rooting for the friends she still had with the Eagles, she often missed being a part of the action over the past year.

Cullen used to type up the weekly playlist for the head coach and would often ask former coach Andy Reid whether he planned to install the flea flicker. A variation of that play would eventually become the Philly Special, which helped the Eagles establish their presence with an exclamation point in the first half of Super Bowl LII.

As for Chip Kelly, truer words were never spoken by DeSean Jackson: "He's a weirdo. He's a big-time weirdo."