The clip of Michael Henkel was posted to Facebook on Sunday 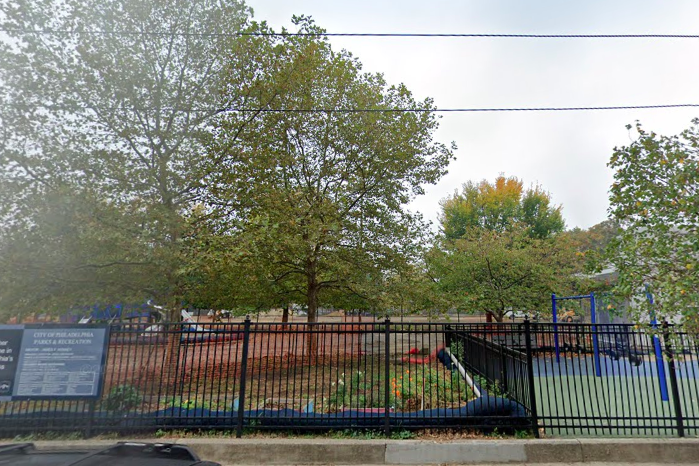 Black Lives Matter supporters had hung signs on the fence at Columbus Square Park in South Philly. In a video posted to Facebook, Michael Henkel is seen removing those signs and heard getting into a verbal confrontation with a woman. Henkel has since been fired from his job in the Philadelphia Family Court.

The Philadelphia Family Court supervisor confronted on video as he ripped Black Lives Matter posters from a park fence in South Philly was fired Monday.

Michael Henkel, who had worked as a writ server supervisor, was terminated for multiple violations of the state court's Code of Conduct and the Non-Discrimination and Equal Employment Policy, Martin O'Rourke, a spokesperson for First Judicial District, confirmed in a statement.

"The Court takes this incident very seriously and believes Mr. Henkel's behavior, as shown in the video, is egregious and totally unacceptable for an employee of the Courts," O'Rourke said.

Henkel tore down Black Lives Matter signs from the fence surrounding Columbus Square Park, at 12th and Reed streets. A 34-second video of the man and a verbal exchange he had with a woman about what he was doing was posted to Facebook on Sunday.

In the video, an unidentified woman tells Henkel that the park isn't his property. "Yeah, I know, it's the city," Henkel responds. "I pay for this … yeah, my taxes pay for this place."

When the woman says , "Black Lives Matter!" Henkel can be heard replying, "Not to me, they don't. You can call it anyway you want. Go f*** yourself."

The posters had been hung Friday during a peaceful, kid-friendly demonstration calling for police-free schools, according to WHYY.

The Henkel video follows a situation over the  weekend where a group of approximately 100 armed residents gathered around the Christopher Columbus statue in Marconi Plaza to protect it from protestors. Some of those guarding the statue on South Broad Street carried guns, baseball bats, golf clubs, and sticks.

Mayor Jim Kenney said, "These individuals only bring more danger to themselves and the city," and he called their behavior "inappropriate.”

And earlier this month, an armed group of vigilante residents gathered in Fishtown in response to the looting and civil unrest occurring in parts of Philadelphia and other cities following the death of George Floyd, the black man killed in Minneapolis police custody when a white officer knelt on this neck for nearly nine minutes.

The Fishtown group said its appearance on the streets was to protect private property and show solidarity with the police. Videos showed participants using intimidation. Also a news reporter at the scene allegedly was assaulted.