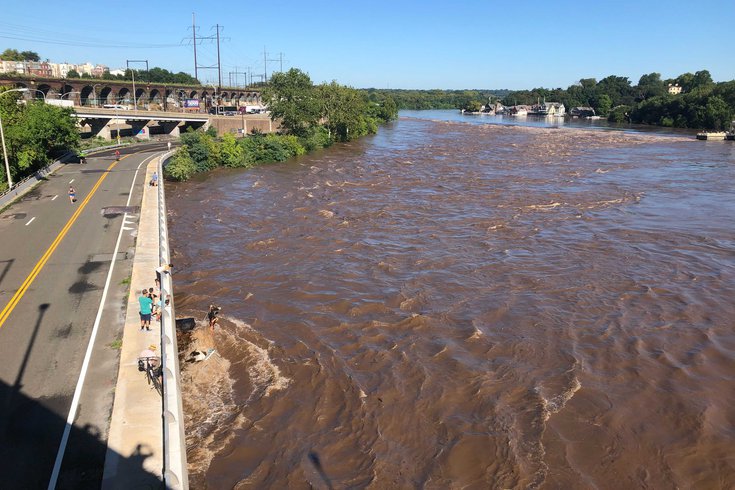 The Schuylkill River is forecasted to reach water levels Thursday that it hasn't risen to in over 150 years.

The Schuylkill River is forecasted to remain in flood stage through Friday after Tropical Storm Ida's remnants dumped heavy rainfall across the region Wednesday night.

The river had yet to crest as of early Thursday afternoon, with water levels continuing to rise to historic levels. It is expected to crest at 17.2 feet by 30th Street Station, according to the National Weather Service. The river has never risen above 17 feet, a mark set 152 years ago.

"We're not out of this yet, however, Fire Commissioner Adam Thiel said. "The crest has not yet passed us, as far as we know, along the Schuylkill. ... There are many flooded roads still in the city. We are still in a flood warning phase."

City officials said they are working with the National Weather Service to determine when the river will begin to recede. At that point, the city will be able to better assess damages.

"This is going to be a long cleanup and recovery process," Thiel said. "This is truly a historic flooding, a historic event."

Residents who live near the Schuylkill have been advised to shelter in place until the water recedes. People who must travel are advised to avoid the areas most-impacted by the storm.

The river's flooding forced parts of Kelly Drive, Martin Luther King Jr. Drive, the Vine Street Expressway and I-76 to close down. It also led to substantial flooding at Boathouse Row and in Manayunk.

Water rescues are still being performed across Philly, officials said. More than 100 people already have been rescued from the flood waters. No fatalities have been reported.

Philly residents who need a safe evacuation space can go to the city's reception center at Roxborough High School. The shelter is being run with assistance from the Red Cross.

Posted by City of Philadelphia Government on Thursday, September 2, 2021

City offices are closed Thursday. Only essential services are operating due to the storm's impact.

Trash and recycling pickups are delayed and expected to continue into the weekend, officials said. The Streets Department will not collect in flooded areas until the waters recede.

Much of SEPTA's service still remains delayed or suspended across the region. More than 50,000 residents in the region are still without power.

The Made in America Festival is still scheduled to take place as planned this Labor Day Weekend on the Benjamin Franklin Parkway.