Mayor Jim Kenney enacted the regulation in the wake of the Mill Creek Playground shooting that killed Tiffany Fletcher. But state law prevents cities from creating their own firearm measures 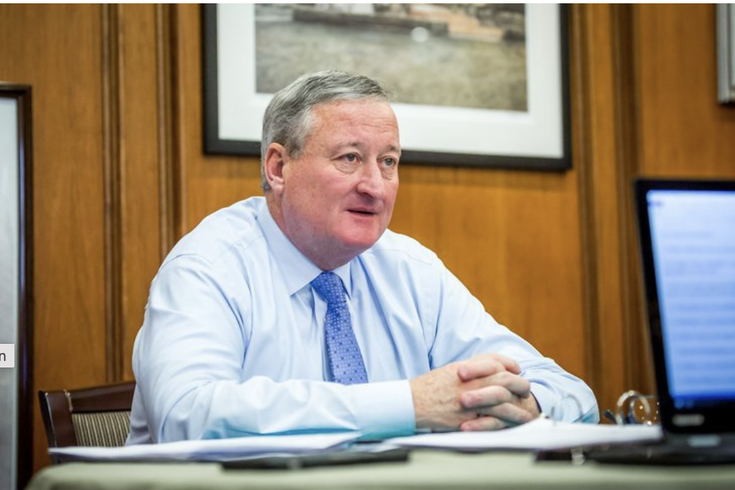 Judge Joshua Roberts declared that the ban violated the Uniform Firearms Act, a Pennsylvania law that prevents local municipalities from enacting their own gun laws. The city is expected to appeal the decision.

Mayor Jim Kenney enacted the ban last week via executive order. It came several weeks after a fatal shooting in front of the Mill Creek Playground in West Philadelphia. Tiffany Fletcher, 41, an employee at the recreation center, was killed by a stray bullet while she was outside sweeping.

The Gun Owners of America filed a lawsuit on Sept. 27 – the same day Kenney signed the order.

"No municipality – including Philadelphia – may regulate the lawful possession of firearms in any manner," GOA attorney Andrew Austin said after Robert's ruling. "Obviously, the city doesn't care about the law or concrete legal precedent affirming it, and since there are no consequences for them, they will continue to try to ram through illegal rules to the detriment of their own citizens."

Dr. Val Finnell, the Pennsylvania Director of GOA, said the organization will not tolerate illegal gun bans. He added that the group's swift action to file a lawsuit and the ruling from Roberts should send a message to anyone that "we will do the same to you."

Kevin Lessard, a spokesperson for Kenney, told the Philadelphia Tribune that the order was intended to prevent senseless violence from interfering with the safety of families. According to the mayor's office, there have been nearly 300 gun violence incidents at recreational spaces in Philadelphia since 2019.

Another Kenney spokesperson, Sarah Peterson, told CNN that officials are disappointed with the decision to stop the "reasonable request that anyone with a firearm or deadly weapon leaves a recreation facility."

After Kenney signed the order last week, Lessard told PhillyVoice in an email that the city "must provide safe play spaces for young people, and bringing guns and deadly weapons into these places will not be tolerated. This ban will deter shooting incidents, prevent accidents and help the police remove violent individuals from safe places where our city's children play."

The court ruling is the latest setback in Philadelphia officials' attempts to establish their own gun laws.

In February, a city ordinance that required licensed gun owners to report lost or stolen guns to the police was deemed illegal. A three-judge Commonwealth Court panel unanimously ruled it violated the Uniform Firearms Act.

In May, an appeals court ruled, 3-2, against Philly in a lawsuit that claimed the Uniform Firearms Act violated the rights of Black and brown residents to "enjoy and defend life and liberty," as stated in the Pennsylvania Constitution.

The suit, filed by the city and the advocacy group CeaseFire PA in 2020, urged the judges to override provisions within the Uniform Firearms Act so that Philly could enact measures that would mitigate gun violence. City Council President Darrell Clarke called the demands of the lawsuit "completely reasonable."

The lawsuit was filed amid the spike in homicides that occurred in 2020. At that point in October, Philadelphia had already surpassed the homicide total from 2019 on its way to 499 killings. Last year, the city recorded 562 homicides – the most in its history. There have been 409 so far this year, a 2% increase from 2021.

Over the decades, Philadelphia leaders have filed several other unsuccessful lawsuits aimed at allowing the city to enact its own gun laws. In 2007, Clarke and former Councilmember Donna Reed sued the state, alleging the legislature had failed to protect city residents from firearms.