The collection, which spans nearly 175 years, will be made available to the public for the first time since 2007 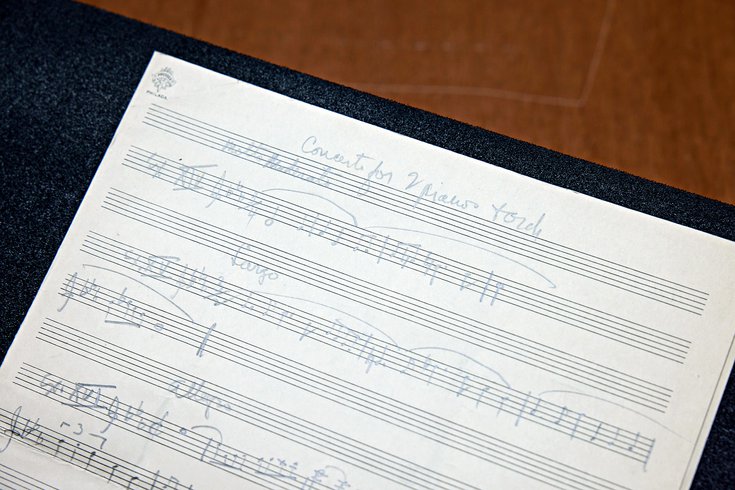 The University of Pennsylvania has acquired the full archives of the Philadelphia Orchestra and the Academy of Music. The records track the history and development of the cultural institutions.

The University of Pennsylvania has acquired the archives of the Philadelphia Orchestra and Academy of Music, which track the history of the two cultural institutions from their founding through the 21st century.

The archives include early stock certificates, conductor's files, photographs, programs and sound recordings. The materials date back to the years leading up to the Academy of Music's 1857 opening.

Under the agreement, Penn Libraries will make the collection accessible to scholars and the general public for the first time in 15 years. The archives will become a part of the libraries' Kislak Center for Special Collections, Rare Books and Manuscripts, which contains collections relating to Philly's cultural history.

"These archives are an invaluable resource for scholars and a treasured part of the cultural life of the city of Philadelphia," said Penn President Liz Magill. "Through this unique partnership, Penn is helping to preserve these materials and provide access that will spur new research in music, history, architecture and other fields."

The archives, large in scope and cultural relevance, are expected to be utilized by musicologists, architecture and urban historians, and practicing musicians and conductors for research.

Penn Libraries has started processing the collection. The archives gradually will become accessible as descriptive guides are completed to help researchers navigate the materials. The full process is expected to take several years to complete, though Penn anticipates an immediate demand for access.

The collections have been closed to researchers since 2007, and the Philadelphia Orchestra has received almost daily requests from people seeking to access the archives.

The archives of @philorch & @AcademyMusicPHL include early stock certificates, photographs, programs, sound recordings, and more. Now part of the Kislak Center's collections, they will be made accessible to the public after being processed and catalogued. https://t.co/VjGatUuMpK

Penn will continue to archive materials produced by the Philadelphia Orchestra and Academy of Music, and will attempt to digitize the collection in all formats.

The Academy of Music was designated as a National Historic Landmark in 1962. It's the only continuously operating opera house in the United States. Its archives include documents highlighting the years-long process to open its flagship building and track the academy's development across more than 100 years. There are administrative records, daily logbooks and journals of concerts, programs, seating records, scrapbooks, printings, photos and illustrations.

"The Philadelphia Orchestra played a crucial role int he complex unfolding of western art music in the 20th century," said Jeffrey Kallberg, an associate dean for Arts and Letters at Penn and a specialist in music of the 19th and 20th centuries. "(I)t was equally important to such disparate composers as Sergei Rachmaninoff and Edgard Varese."

The Philadelphia Orchestra has owned the Academy of Music since 1957 and performed there for 101 seasons before moving to the Kimmel Center in 2001.