Philadelphia Orchestra to conduct virtual performances for the fall season

Audiences can access the concerts through an enhanced digital platform, the Digital Stage 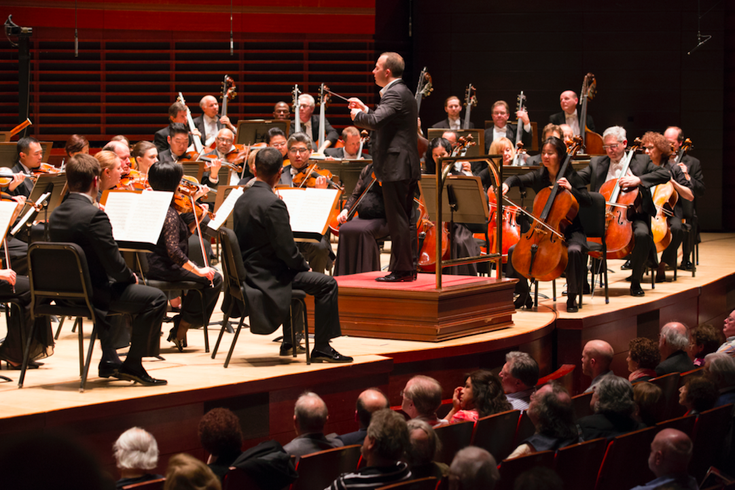 All Philadelphia Orchestra performances this fall will be conducted and filmed without an audience at either the Mann Center or in Verizon Hall at the Kimmel Center.

The Philadelphia Orchestra will return to the stage this September. However, due to the ongoing public health crisis, all shows will be held virtually this fall.

The one-hour concerts will be made available for on-demand streaming from 8 p.m. on Thursdays through 11 p.m. on Sundays.

A free preview of the upcoming digital season will be available on Tuesday, Sept. 8, at 7 p.m. The sneak peak, which was filmed at the Mann earlier this month, was the first time that the orchestra performed together since March.

Opening night for the all-virtual fall season is scheduled for Wednesday, Sept. 30. The complete schedule of all seven concerts can be accessed online. Subscription packages and single tickets to the Digital Stage will be available for purchase starting at noon on Thursday, Sept. 10.

“I am so proud of how the Philadelphia Orchestra has continued to bring the joy of music to audiences throughout this difficult time," said music director Yannick Nézet-Séguin. "Though we cannot be together with our fans in person this fall, music will continue to connect us in powerful ways."

The Philadelphia Orchestra also will offer smaller weekly performances from iconic cultural locations and Black-owned businesses across the Philly region. These shows will be free to audiences.

Locations will include the National Marian Anderson Museum, Harriett’s Bookshop and the Franklin Institute.

Additionally, the Philadelphia Orchestra’s monthly HearTogether series on racial and social justice will continue with a variety of industry thought leaders and guest artists.

The theme of the upcoming fall season is "Our World Now," which is described as "music that reflects and responds to this moment in time."

“When we announced 'Our World Now' as our 2020–2021 season in March, we never could have imagined just how relevant it would be,” said Matías Tarnopolsky, Philadelphia Orchestra president and CEO.

Single tickets cost $15 and three-concert packages cost $39. College students can access unlimited concerts for $25, and School District of Philadelphia employees will be able to watch shows for free.

Subscribers also will have access to pre-concert conversations with artists and conductors.