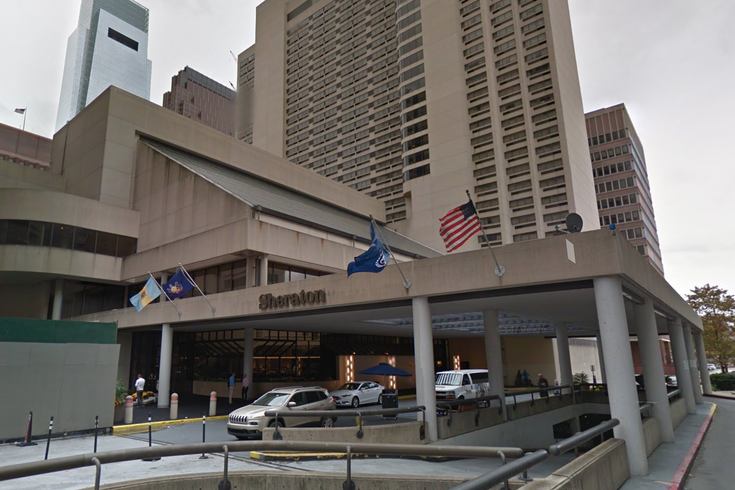 The Convention was held at the Sheraton on 17th Street from July 18 to July 22, and included an appearance from Philadelphia Mayor Jim Kenney.

The Sheraton Hotel in Center City has agreed to host a sensitivity training session for employees after a racial slur was directed at a hotel guest attending the Japanese American Citizens League National Convention, the JACL told PhillyVoice on Wednesday.

The Convention was held at the Sheraton on 17th Street from July 18 to July 22, and included an appearance from Philadelphia Mayor Jim Kenney.

The JACL wrote in a Facebook post on Monday that, upon checkout, “one of our attendees found a racist anti-Japanese slur written at the top of her room folio.”

“We strive to provide a welcoming environment to all individuals. We have reached out to the impacted guest to offer our sincere apologies. We have also spoken directly with the organizer of the event to express our apologies to the organization. We are continuing to investigate this matter and deeply regret that one of our guests experienced this issue. Based on the results of our investigation we will take the appropriate actions, including refreshing our sensitivity/diversity/inclusion training, to ensure this doesn’t happen again.”

Alethia Calbeck, Director of Communications for the Philadelphia Convention & Visitors Bureau, said in an email that the PHLCVB and the Center City Sheraton are working with the Philadelphia chapter of the JACL “so that more in-depth sensitivity training is provided."

“While we were surprised and disappointed to learn of the incident that took place following the JACL convention,” Calbeck said, “we are very confident that our hotel partner is working diligently to rectify the situation.”

According to AsAm News, the Sheraton told David Inoue, the Executive Director of the Japanese American Citizens League, that one of the hotel’s employees was writing out the words “Japanese convention” and used the slur “Jap” as shorthand, not realizing it was a derogatory term.

Inoue told PhillyVoice in a call Wednesday he had been in the process of checking out from the hotel himself when he noticed the attendee’s post on Facebook. He then returned to the lobby and talked to the manager, showing her the Facebook post. When he raised the issue, Inoue said, it seemed the manager didn’t understand the problem.

“It dawned on me that it’s probably coming from a place of ignorance, not knowing this is a slur,” he said.

The manager later told Inoue she’d had discussions with the staff about the slur, and the divide between those who understood the word’s meaning and those who didn’t seemed to split along generational lines.

“The older staff knew it was a slur, and the younger staff didn’t,” Inoue said.

Eventually, Inoue said he was told the staff member who used the slur didn’t know the history behind the word.

“He himself was Asian-American,” Inoue said.

Inoue said this divide along generational lines is something he’s seen, and it’s almost a good thing, younger people not knowing about it because they haven’t experienced the word used in that way.

“It’s the ignorance — and it’s not just younger people, either — among those who still don’t know about what happened with Japanese Americans,” Inoue said. “We’re now a full generation removed from the incarceration experience. That was one aspect of the convention, actually: We talked about the responsibility of younger generations carrying on the story of the Japanese American experience and making sure it’s not lost.”

The Sheraton Hotel did not immediately respond to a request for comment.

This isn't the first time in 2018 a racially insensitive incident in Philadelphia resulted in a company taking a look at its sensitivity policies.

In April, two black men were led out of a Center City Philadelphia Starbucks in handcuffs after a manager called the police on the two men, who were waiting to meet a friend in the store.