Under cloud of pandemic, season will start in South Philadelphia on July 24 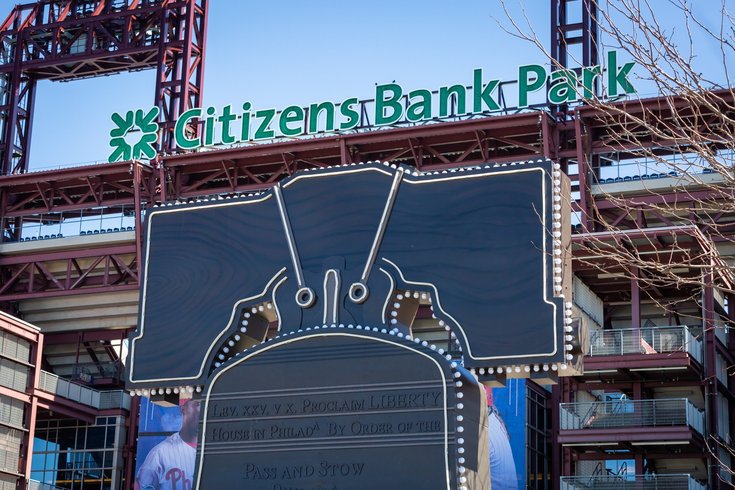 Citizens Bank Park won't have any fans in the stands during the Philadelphia Phillies coronavirus-shortened 60-game season in 2020. But the team is turning to fake crowd noise, cardboard "fans" and a roaming Phillie Phanatic to keep the spirit of the ballpark alive.

The Philadelphia Phillies will make their strange 2020 debut against the Miami Marlins at Citizens Bank Park on July 24, the first of 60 games in the MLB's COVID-19-adjusted season.

For those who watch the game, the fanless experience could be a bit surreal.

Phillies executive vice president David Buck revealed Wednesday morning that the team will use various bells and whistles to try to liven up the experience at Citizens Bank Park.

You'll be able to upload your face to be displayed on a cardboard cutout at the stadium, if you so choose to pay for this privilege. Pricing hasn't been determined yet.

EVP of the @Phillies Dave Buck talks about cardboard cutouts in the stands. pic.twitter.com/fI23jeoXYZ

"We finalized on the company the other day," Buck said on SportsRadio 94 WIP. "They have a great app that is going to be super simple where you just upload your picture. There is a local company that is going to make the cardboard cutouts for us. The first weekend, we are going to do something, I think it's super cool what we are doing and who we are honoring. After the first weekend, we are going to open it up to season ticket holders and fans to purchase it."

On Tuesday night, Phillies PA announcer Dan Baker, who has been with the team since 1972, tested out the ballpark's audio system with no fans. That includes pumping artificial crowd noise through the Phanavision.

Manager Joe Girardi told MLB.com the artificial noise is intended to be both atmospheric and competitive, preventing other teams from hearing dugout instructions and slight movements from catcher J.T. Realmuto,

Apart from the players, coaches and umpires, no one will be allowed on the field during games. That includes the Phillie Phanatic.

"He's nowhere near anyone, he's going to roam the ballpark and the stands," Buck said. "Now, it wouldn't surprise me from the first homestand there are a couple of cutouts with Marlins fans wearing Marlins gear and he might have some fun with those guy. He's talking about doing virtual Zoom dances with fans during the game. I think he will be in the TV booth a lot too. He loves his TV time."

After a long drought in all four major professional sports in the U.S., it's likely fans are primarily concerned with simply watching games. Whatever the ballparks and leagues choose to do make the TV experience more palatable will be dressing on top.