Key Phillies keep getting injured, and it could cost them the playoffs 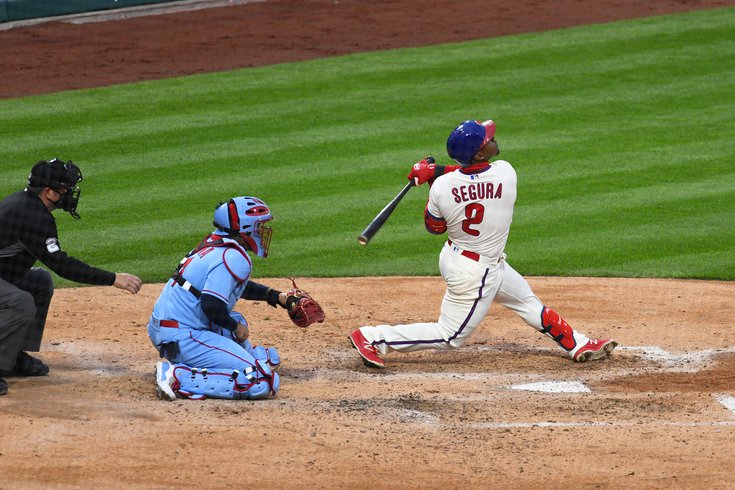 There is no way to really prove that the Phillies would have a better record right now if they were able to keep their best players healthy. But it's also pretty hard to deny that it's been a major factor in them not being able to put together any kind of momentum or consistency this season.

• They have one of the best catchers in baseball — J.T. Realmuto. He's missed time.

• What about their best returning hitter from 2020 and second biggest offseason signing — Didi Gregorius? Well, he continues to miss time.

• Their $330 million man — Bryce Harper — he's missed a handful of games and could miss more, as he nurses a back injury.

• Their breakout offensive player — Jean Segura — just went on the injured list, after hitting .322 through 49 games amid an All-Star caliber start.

• Roman Quinn is done for the year, and eight pitchers have spent time on the injured list as well (thank god none of them have been a top-three starter).

In all, the Phillies (33-33) have paid more than $10 million to 16 players while they've spent 421 combined games on the injured list. Eight of them have been position players, totaling more than $8 million — the sixth most of any MLB team so far.

As a result, manager Joe Girardi has had a rough go of it. Remember that time he ran out of healthy position players and had to controversially send an ailing Harper to the plate with two outs in the bottom of the ninth in a winnable game? Girardi has trotted 48 different combinations of players onto the field though the Phillies first 66 games, not including pitchers. He has used 53 different batting orders. When the Phillies won the World Series in 2008, they used 49 in all 162 games.

Of course, thanks to Zack Wheeler throwing another gem (and some bullpen help), the team only needed two runs to salvage a win against the Dodgers late Wednesday night. It's easy to step up when you have one of the three best pitchers in the game dealing every time he's on the hill.

But on the days that Wheeler doesn't pitch, the team could be in trouble. Six everyday players are currently nursing injuries. Here's a quick look:

The last time Harper was hurt, he was left off the IL and Girardi assured media members it was not a serious injury. He was later put on the IL. This time, Girardi told reporters, “I think he’ll be a player for us on Friday." So take that for what it's worth.

As for Gregorius, who had a setback but is supposed to have some rehab starts in Triple-A, and Segura, who was absolutely on fire and will be out at least three weeks, the Phillies will now rely even more heavily on rookie Luke Williams and journeyman Ronald Torreyes to contribute in the middle of the infield for the next few days and weeks.

The good news for the Phils is, with the NL East being so compacted and underachieving, the team can probably stay in the mix for a division title by floating around .500 until they get fully healthy. But that strategy would of course be dependent on the team eventually obtaining that full health, preferably before the trade deadline approaches in late July, and on them actually performing to their potential with all their pieces on the field.

We'll have to see if the wait and hope approach winds up being a winning one.