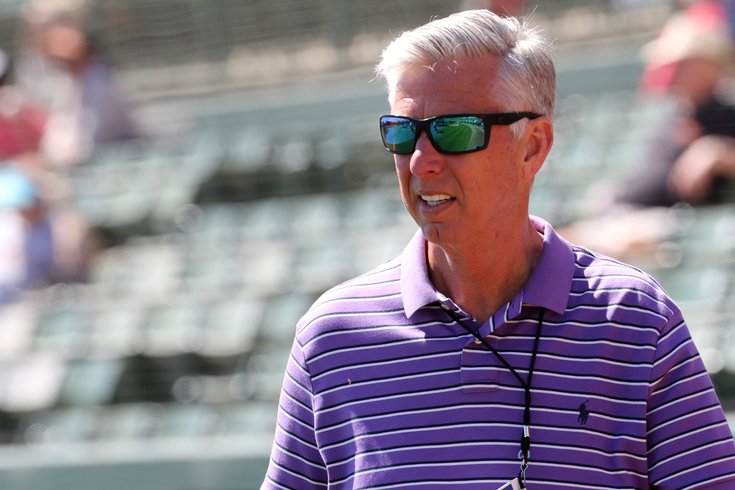 Sometimes change is necessary — and for a Phillies team that hasn't made the playoffs since 2011, it might be well beyond necessary.

Sure, the Phillies have changed managers, general managers and even team presidents more than once since the team won the World Series back in 2008, but since their last postseason appearance a decade ago, they haven't finished better than third place in the National League East — and the last few years at least hasn't been for a lack of trying.

After franchise-altering front office turnover last offseason that saw Andy MacPhail and Matt Klentak replaced by Dave Dombrowski and Sam Fuld, the new regime now appears to be digging a little deeper in the organization to see where they can make improvements.

Following nine months on the job in which he admitted he was "observing" things, Dombrowski has identified one of those problem areas: player development. For anyone who pays close attention to the team, this likely won't come as a surprise.

So, the team announced on Tuesday that, effective immediately, assistant general managers Bryan Minniti, who had been with the Phillies since 2016, and Scott Proefrock, who has been with the club since 2008 and briefly served as interim GM in 2015, will no longer serve in that role. However, both will be back as consultants in 2022. Additionally, the team said that director of player development Josh Bonifay is also out, although he too has been offered a position for the 2022 season as a pro scout.

“Change is always difficult but sometimes necessary,” Dombrowski said in a statement. “I appreciate and respect Bryan, Scott and Josh for the contributions they have made to the organization, but I believe it is time to take our player development department in a new direction. These staffing changes will provide the opportunity to begin that process.”

For now, Bonifay's role will be filled internally on an interim basis by Jorge Velandia with the assistance of Dana Parks. Velandia, who was brought on as an assistant GM back in December after the team hired Fuld, will remain until the team completes its search and hires a new permanent head of player development.

The team also announced that Sal Agostinelli will remain as the head of international scouting, reporting directly to Velandia, and Amateur Scouting Director Brian Barber will now report directly to Dombrowski.

Could these moves be a sign of bigger moves to come, potentially ones the team feels would be better made in the offseason with the Phillies still battling for that elusive playoff berth? Either way it feels like they were moves that were long overdue, especially with the Phillies' recent struggles developing talent — like first-round picks Mickey Moniak, Adam Haseley and Cornelius Randolph, as well as highly-touted prospects like Scott Kingery — despite plenty of time and opportunities to do so during years of rebuilding. Heck, just last week the team optioned another first-round pick, Alec Bohm, who finished second in rookie of the year voting a year ago but has taken a significant step backward in 2021, both in the field and at the plate.

And even the ones that the did appear to get right — Aaron Nola, for example — appears to be trending in the wrong direction. When you look at the current Phillies' roster, at least as far as impact players are concerned, it's fairly obvious that this organizations has struggled developing talent. Beyond Nola, only really Rhys Hoskins and Hector Neris are homegrown talents, and that's problematic for a team that's been drafting in the top half of the first round for several years running.

Now, it appears, Dombrowski and Co. are finally doing something about it.