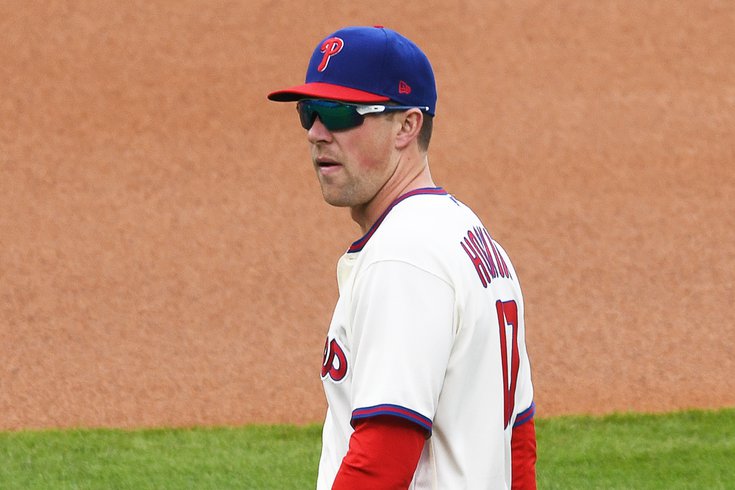 Rhys Hoskins and the Phillies won't be going to arbitration.

Per NBC Sports Philadelphia's Jim Salisbury, Hoskins will receive a $7.7 million salary in 2022. It's a full $200,000 raise from the $7.5 million he was originally set to earn, according to Spotrac.

Rhys Hoskins and the Phillies avoid arbitration. He gets $7.7 million

Major league players with between 3-6 years of service time are eligible for salary arbitration if they don't have a contract for the next season. Hoskins, who has been in the majors since 2017, has just over four years worth of time, according to FanGraphs.

The 29-year old first baseman is eligible for arbitration again in 2023 then free agency in 2024, provided he hasn't signed a new contract by then.

MLB Trade Rumors' arbitration projections for 2022 had Hoskins earning $7.6 million, so he comes out with an extra $100K more than expected.

Of course, $200,000 isn't even a drop in the bucket for the Phillies at this rate. Not after they just signed away $179 million combined for outfield sluggers Kyle Schwarber and Nick Castellanos.

The Phillies still have two more arbitration-eligible players to talk to – pitchers Zach Eflin and Jose Alvarado – as The Athletic's Matt Gelb reports. Figures have to be exchanged today (Tuesday).

Here’s a Salisbury Scoop. Phillies have two other arb-eligibles: Eflin and Alvarado. Have to exchange figures today. https://t.co/t8fWZEQ6V0