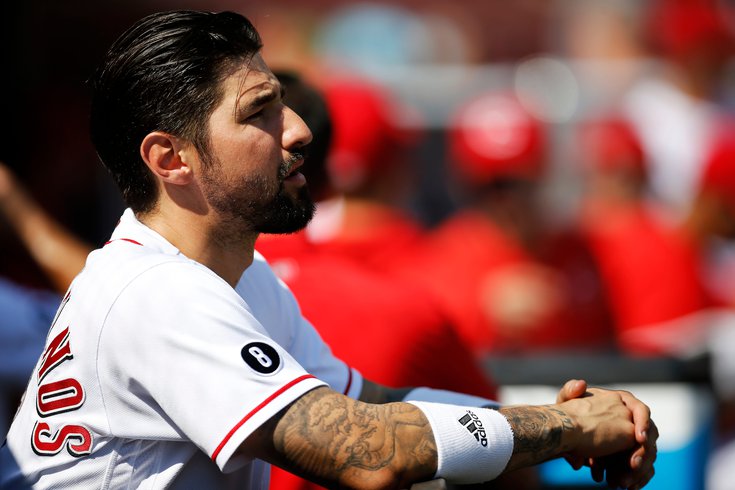 Nick Castellanos may be the final piece of the Phillies' offensive puzzle.

Talk about a Friday news dump.

At around midnight Friday, while most Phillies fans were sleeping their team elected to exceed the MLB's luxury tax for the first time win history. They also made it clear that they have a strategy for winning games in 2022 — to score lots and lots of runs.

Castellanos gets $100M for 5 years from Phils

The Phils now have some real firepower in a lineup that could look like the following (via baseball reference):

Talk about a balanced attack. Those are some relatively conservative estimates, but the Phillies would be quite happy with potentially five 20 + home run hitters and RBIs manufactured up and down the lineup.

Castellanos is 30, has a career .279 average and had a career best 34 homers with 100 RBI last season. He will now share the outfield and batting order with last year's NL MVP in Harper, who hit 35 and 84 respectively in 2021.

The Phillies could certainly use even more flexibility with their lineup, and having Castellanos available to play in left field opens up the DH spot for Kyle Schwarber, a lefty hitter who isn't particularly the best defensive outfielder. Though he's never played centerfield, Castellanos has also made 518 of his 1,015 big league starts at third base — though he hasn't played there since 2017 and would arguably be no better than Bohm there.

A former first round pick out of high school, Castellanos' signing certainly helps the Phillies keep pace with the Mets and Braves loading up for 2022.

With more than $15 million coming off the books with Didi Gregorius' free agency in 2023, the Phils are currently only slated to pay the luxury tax for one season.