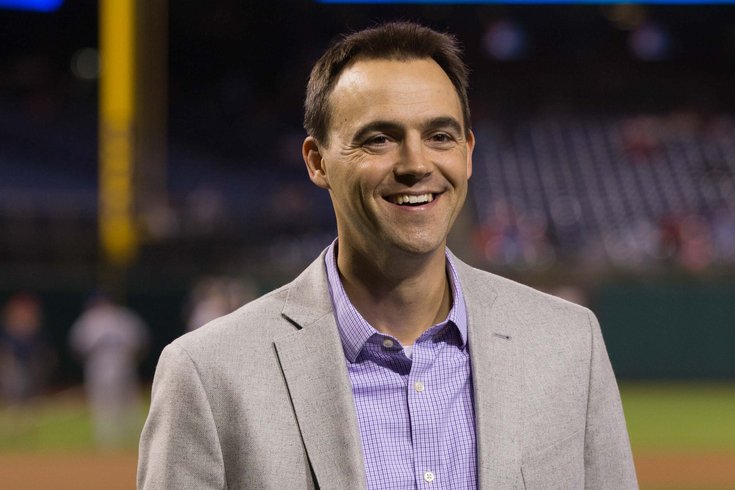 With the third-overall pick in the 2018 Major League Baseball Draft, the Philadelphia Phillies selected Alec Bohm, a third baseman from Wichita State.

Bohm, a 6-foot-5 right-handed hitter, played in 54 games (211 ABs) and racked up 15 home runs and 52 RBI while slashing .332/.433/.616 for the Shockers, and ranked seventh in MLB.com's Top 200 prospects. Bohm is just the second third baseman the Phillies have drafted in the first round – the last came in 1998, when they took Wall of Famer Pat Burrell first overall from the University of Miami.

“Alec Bohm is a tremendous offensive player,” said Johnny Almaraz, Director of Amateur Scouting. “He is a middle of the order bat, a big power-hitting third baseman who could be a .300 hitter and drive in 100-plus runs. We are thrilled to have selected him.”

The Phillies believe Alec Bohm can stick at third base but say he is athletic enough to play LF, RF, and 1B if needed.

The Phillies think Alec Bohm could move relatively quickly through the minor leagues. They believe he can stick at third base.

Here's the scouting report on Bohm from Manny Randhawa of MLB.com, who compared the newest member of the Phillies organization to Tigers outfielder Nick Castellanos.

Coming into 2018, scouts were divided as to which of Wichita State's two potential first-round position players was better. Greyson Jenista has more all-around ability and won the Cape Cod League Most Valuable Player Award last summer, but Bohm posted better numbers there and does a better job of tapping into his considerable power potential. Bohm easily settled the argument with a superior junior season, thrusting himself into consideration as a top-five selection in this year's Draft.

Bohm manages the strike zone well and makes consistent hard contact from the right side of the plate. He doesn't strike out as much as Jenista, he has an edge in bat speed and his stroke is more geared to generate power at this point. Bohm understands that he doesn't have to sell out to hit home runs, so he doesn't, letting his power come naturally.

Bohm doesn't offer much when he's outside of the batter's box, however. Though he has worked diligently to improve at third base, he lacks quickness and range, and his hands and arm grade out as average. He'll probably wind up at first base, but has the offensive upside to provide value there.  [mlb.com]

And you can check out this video report from Fangraphs:

In the days leading up to the draft, PhillyVoice's Evan Macy had the following to say about Bohm:

Bohm seems the most likely player to land in red pinstripes, with power and the ability to hit to all fields. His range on defense could make him move to first base — a spot currently manned by veteran Carlos Santana. Bohm is also a junior, but his college experience gives him a quicker path to the majors than Phillies' recent first rounders Mickey Moniak or Cornelius Randolph.

RELATED: Phils have been MLB's best first round drafters in recent years

The signing of Carlos Santana and Jake Arrieta cost the Phillies their second- and third-round picks, respectively, so the Phillies next pick won't come until the third pick of the fourth round (107th-overall).

Here's a look at the order for those final rounds (the ones that come after the compensation picks are over with):

Below is a breakdown of every pick the Phillies made, and there are subtle hints that the team is ready to win now — as they selected 27 college players taking less risks on teenagers fresh out of high school.