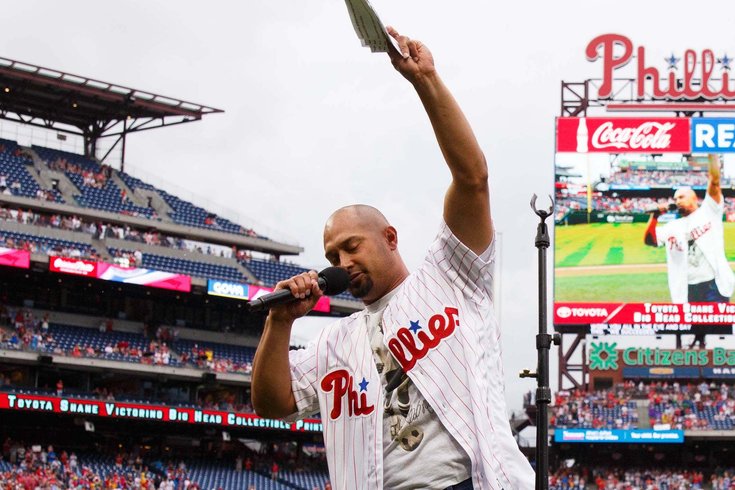 Former Phillies outfielder and World Series Champion Shane Victorino was nicknamed the "Flyin' Hawaiian" during his playing days in Philadelphia.

On Tuesday, Victorino expanded his Hawaii-related brand: his investment group, Legacy Ventures Hawaii, entered into a joint venture with a bioscience company to grow, extract, and sell hemp products in Hawaii.

Legacy Ventures Hawaii is partnering with Arcade Biosciences, Inc., according to a release sent out Tuesday announcing the venture. The partnership will go by the name Archipelago Ventures, and is intended to create "one vertically integrated supply chain, from seed to sale, to deliver superior hemp-derived CBD products".

"Archipelago recognizes the tremendous market opportunity for premium Hawaiian CBD," Victorino said in a release Tuesday. "We believe hemp has the potential to transform Hawaii's economy – and the lives of its farmers and local communities – by creating an entirely new agricultural segment based on bringing innovation, scientific integrity and investment to the islands."

Legacy is also bringing Phoenix-based Vapen CBD into the fold as an equity partner. Vapen will be responsible for the construction, and operation, of Archipelago's hemp extraction facilities in Hawaii, according to the release.

In the release, Archipelago said it believes Hawaii's climate will provide a long-term advantage because it will be able to grow and harvest hemp year-round.

The release didn't disclose what specific kinds of hemp and CBD products the company will produce, but Archipelago said it expects to begin selling products before the end of 2019.