Meek Mill retrial decision moved to the end of the month

Philly rapper has another status hearing scheduled for Aug. 27 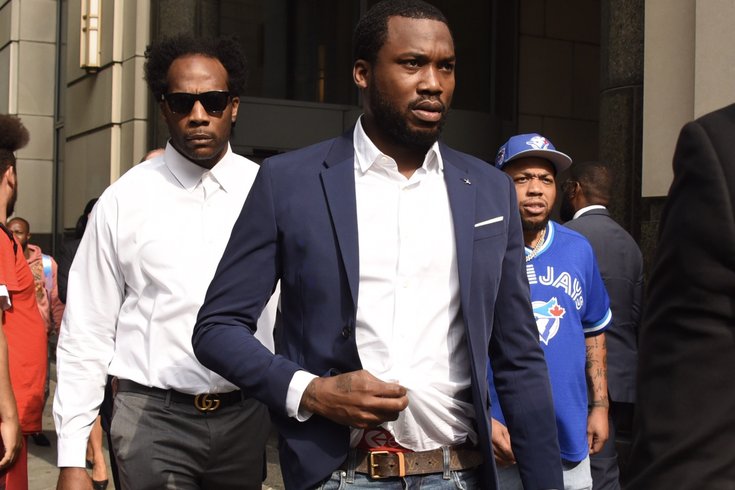 Meek Mill leaves the Juanita Kidd Stout Center for Criminal Justice in Center City Philadelphia after a status hearing on Tuesday morning. The judge released Mill from the hearing on his own recognizance and a second hearing was scheduled for Aug. 27.

Meek Mill will have to wait until the end of the month to find out if he will be retried on the 2008 gun and drug conviction that has kept him probation for most of his adult life.

Judge Leon Tucker presided over a hearing for the rapper on Tuesday morning at Juanita Kidd Stout Center for Criminal Justice in Center City. The judge released Mill from the hearing on his own recognizance and a second status hearing was scheduled for Aug. 27.

Joe Tacopina, the rapper's New York City lawyer, released the following statement to 6ABC: "While we had hoped that this matter would end today, we remain confident that justice will prevail in Meek's case once and for all."

The Pennsylvania Superior Court granted Mill a hearing on July 16 over his 2008 conviction. Philadelphia District Attorney Larry Krasner had called for a new trial and judge in Mill's appeal in May amid accusations of bias and abuse of discretion by Court of Common Pleas Judge Genece Brinkley, who denied Mill a new trial last year and refused to remove herself from the case.

But a Pennsylvania appeals court overturned the conviction on July 24 after new evidence presented by Mill's lawyers was found to undermine the credibility of the officer who testified against the rapper in the original case. That officer no longer on the police force and was the only prosecution witness at the rapper's 2008 nonjury trial. The three-judge panel also overturned Brinkley's parole violation findings.

After Mill's conviction was overturned, however, the district attorney's office said that it would need more time to decide if it would drop the case, according to the Associated Press.