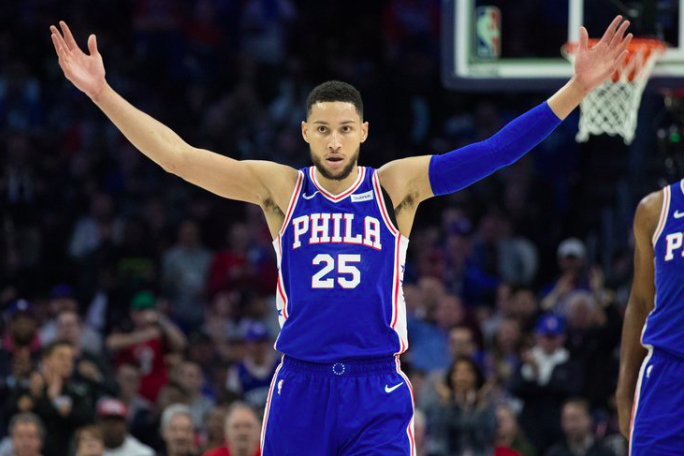 Philadelphia 76ers guard Ben Simmons believes he and his friends were racially profiled at Crown Casino in Melbourne, Australia.

Philadelphia 76ers All-Star Ben Simmons has been back home in Australia lately enjoying the NBA offseason — or trying to, at least.

Simmons was raised in Melbourne and has become one of Australia's most prominent athletes. He's depicted in more than one mural in his hometown and has previously represented the Australian national team. All of this is to say it would be difficult not to recognize him given the visibility that comes with his accomplishments.

Early Monday morning, Simmons and three of his friends went to Melbourne's Crown Casino, TMZ Sports reported. Only one of the four men, Sixers photographer Alex Subers, was going to be granted entry to the casino. Subers happened to be the only white person in the group. Simmons and the other two men, Tahj Malone and a friend named Mike, both black, were checked and denied entry, Simmons said.

Simmons initially uploaded a video explaining what happened on Instagram. It was later deleted but surfaced on Twitter.

"I find it so crazy that the only guy who doesn’t get checked to go into the casino is this guy,” Simmons said, indicating Subers.

Crown Casino denied Simmons' presentation of what happened in a statement Monday night, saying the group was eventually permitted to enter the casino after presenting identification.

BREAKING: Crown Casino responds to Ben Simmons' claims he was discriminated against, "strenuously rejecting" them in statement to @newscomauHQ pic.twitter.com/nxkSOIREFo

Considering that Simmons deleted the original Instagram post, this would make sense. It doesn't mean that the scenario Simmons described didn't happen, however.