In addition to the Paul VI grad, they also added RHP Edward Mujica 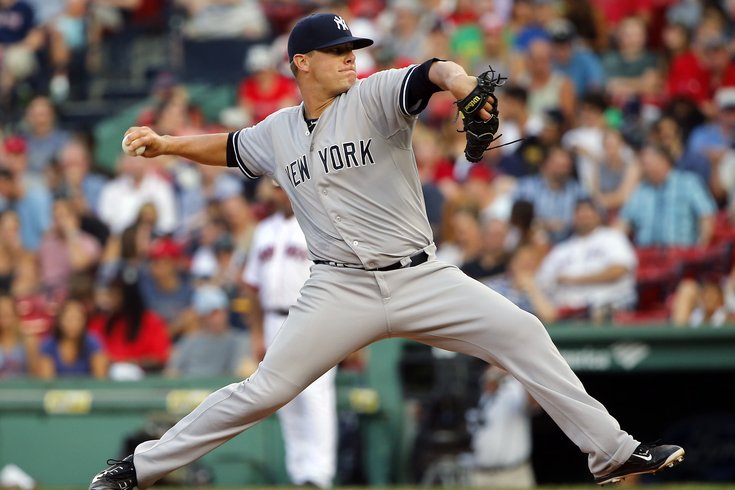 The competition to be the Philadelphia Phillies closer got a little more interesting on Thursday when the team signed a pair of relief pitchers -- Andrew Bailey and Edward Mujica -- to minor league deals. According to general manager Matt Klentak, both pitchers will be invited to spring training in Clearwater, Fla. as non-roster invitees.

Bailey, a 31-year-old graduate of Paul VI high school in Haddonfield, N.J., spent last season in the Yankees organization, but has struggled with injuries over the last few years. The righty only appeared in 10 games -- all in September -- for the Yankees last year, and went 0-1 with a 5.19 ERA. In 28 minor league appearances, spread across four different New York affiliates, Bailey posted six saves (3-0 overall record), a 1.80 ERA and 42 strikeouts in 35 innings.

Overall, Bailey has appeared in just 59 games for the Red Sox and Yankees since 2012, but prior to the injuries, he was an all-star caliber closer for the Oakland A's, where he converted 75 saves in 84 opportunities while posting a 2.07 ERA and holding opponents to a .188 batting average. Those numbers were impressive enough to earn Bailey, who was taken by the A's in the sixth round of the 2006 draft, American League Rookie of the Year honors in 2009 and All-Star nods in 2009 and 2010.

In addition to Bailey, the Phillies also added RHP Edward Mujica, who spent last season split between the Red Sox and A's. The 31-year-old went 3-5 with a 4.75 ERA in 49 total appearances, which included a 3.18 ERA over his final 13 of the season.