10 players the Phillies could trade for (whenever the lockout ends) 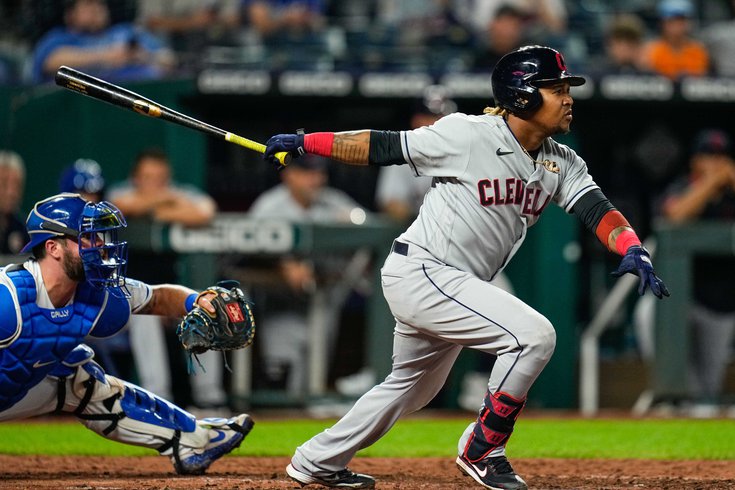 There are a number of ways the Phillies can try and improve their roster this offseason — whenever this offseason resumes as MLB continues to struggle with its lockout. We've already looked at some of the many appealing free agents still out there for the taking at the various positions where Philly needs help.

But there is no better avenue for improvement for Dave Dombrowski than via a trade, something he's had a lot of experience with in the past and a tactic that has historically done the Phillies very well.

There are, without a doubt, a lot of their own players the Phillies could send to a new team in a trade. Didi Gregorious is likely the one fans are most desiring to get rid of, but trades of guys like Jean Segura, Rhys Hoskins and even Aaron Nola have been floated around on rumor posts over the last few seasons, and really no one (aside from reigning NL MVP Bryce Harper and Cy Young finalist Zack Wheeler) is untouchable on a team that has failed to make the playoffs for an entire decade.

We should mention that there is a chance the MLB adopts (as the union will be suggesting) some kind of salary floor to try and discourage tanking, like the NBA has. In theory, the Phillies could find a suitor much easier for a player like Gregorius, should that new guideline be put into action — so the result of the negotiations is likely of great interest to Philadelphia's front office.

And while there is a chance Dombrowski would part with one of the above mentioned Phillies in exchange for a boost in the farm system, with the team on the cusp of a playoff berth in each of the last few seasons and with guys like Wheeler and Harper in their primes, they need to make bids to compete now.

Assuming the Phillies are willing to package the right combination of prospects and MLB talent, we've decided to look at a handful of big-league players (not prospects) that the Phillies should and could be targeting when they're permitted to once again.

This one might be a big swing — Ramirez is a three-time All-Star who swings the bat very well. At 29, he has two years of team control left and Cleveland may want to cash in while his value is highest. If the Phillies can convince them using a package of their own players and prospects, he'd slot in at third and move Alec Bohm to first and Hoskins to DH.

Merrifield is exactly the kind of player the Phillies desperately need — basically Scott Kingery but consistent and All-Star caliber. For Kansas City, he's started at seven positions, including centerfield. He is really, really fast and led the NL in stolen bases three times over the last five years. He's a career .291 hitter and has barely missed any playing time. He is 32 and has two years left on his current deal.

The Phillies are in need of centerfield help, badly, and a lot of big names decided to sign before the lockout began. Pittsburg's speedy Reynolds has reportedly been the subject of trade inquires for a while now with the Phillies in pursuit, according to The Athletic. He is 26 and is coming off an All-Star campaign that saw him hit .302 with 77 extra base hits in 2021. He'd be a great fit in Citizens Bank Park, but the price could be steep.

The Phillies missed out on one center fielding Marte already when the Mets signed Starling a few weeks ago. If they can get their hands on Ketel, a speedy 27-year-old with a career .287 average, it would be a coup for the Phillies. He's under contract until 2024 at a reasonable rate and will surely be a target of Dombrowski.

Kiermaier has already been connected to the Phillies this offseason, and he's got a great glove and a decent bat. However he's had injury issues. He may find the Rays motivated in moving him as they have a stud prospect waiting in the wings behind him.

Not only do the Mariners have some talent in the wings in their farm system that plays in the outfield, but Hangier — fresh off a 39 HR, 100 RBI season — will become a free agent after the 2022 season. The Mariners may be willing to play ball if they don't intend to retain him in 2023.

Hader had his best season yet in 2021 and the Brewers may not want to pay him what he's sure to earn via arbitration with so many team-controlled relievers also on the payroll. The Phillies could really use a late innings ace like Hader.

This is probably a good spot to mention that Kimbrel is also a potential relief pitching target who is currently making a bunch of money that the Phils might target.

How about a lefty starter? Manaea is in his last year of arbitration which means the A's, who are cost-averse right now, might want to flip him for something before losing him. He's 29 and has a 3.86 ERA over his MLB career and would slot in nicely in the middle of Philly's rotation.

The Tigers are up and coming but Fulmer is on the verge of becoming a free agent. He was a middle-of-the-road starter who soared as a reliever after being converted to the bullpen in 2021, boasting a 2.97 ERA in 52 total games. The Phillies lack depth and would covet someone who can pitch in both roles.