Who's left for Phillies in free agency (whenever it resumes)? 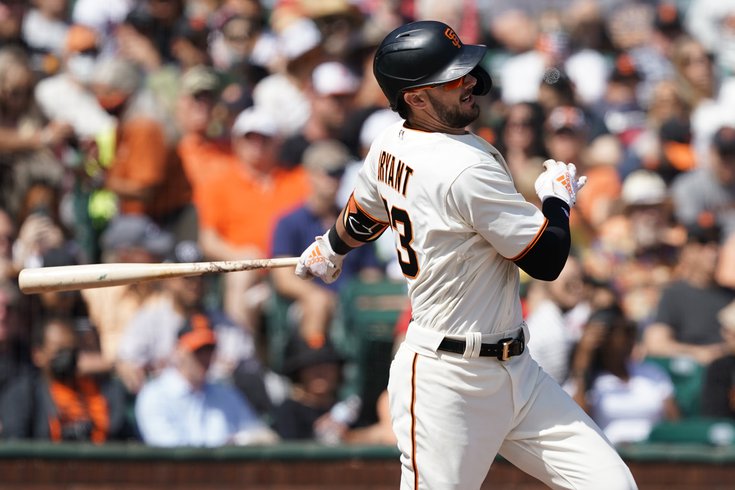 It's been a week since MLB's free agency took a "pause," with the owners locking out the players until a labor agreement comes to pass.

Which means that for Phillies fans, there is only more drama and dread. Will the team spend some cold hard cash whenever things start up again? What will they do to address their miserable bullpen? Vacancies in the outfield? Their spotty shortstop situation?

We'll get into the trade market in a few days — assuming we have plenty of time to pontificate, as no real progress has been made yet in ending the work stoppage. But for now, let's consider the wide variety of ways things can go via the free agent route.

Players signed contracts left and right in the weeks leading up to the lockout, with the Mets loading up and other teams taking advantage of players who wanted to have a job before things went south between the union and owners. Aside from reliever Corey Knebel, who'll certainly help the back end of the Phils' pen, Philadelphia didn't make any kind of splash.

Several would-be targets are off the board now:

In all, 47 free agents signed deals before the shutdown, the above players being the biggest names that could have really helped the Phillies. More than half of ESPN's top 50 available free agents are now off the board as well, including five in the top 10. Just south of $2 billion  was spent, most of it by teams that missed the playoffs last season.

The Phillies missed the playoffs last season, should have some room under the luxury tax threshold and have a variety of needs. So why did they mostly sit still? Well, the luxury tax could shift. The roster specifics could too (a DH in the NL?). A lot of things are up in the air and Dave Dombrowski clearly wants to wait until there is more information available to help him negotiate and plan for 2022.

A lot of very good targets to fill the Phillies holes remain available.

Here's a look at some of the most intriguing remaining names in free agency that the team could (and should) target once the offseason resumes:

The Phils basically have two question marks alongside Harper penciled in to start in 2022. Here are the five top FA options:

Bryant can play third base and corner outfield. It seems like left field would be his spot if he joined the Phillies, but he could also move Alec Bohm to first and Rhys Hoskins to DH or to the outfield. He's an MVP and can mash the ball and is close friends with Bryce Harper. Maybe the Phillies MVP can help recruit.

Castellanos would be a cheaper option to Bryant as a slugger who could play left field. He's reportedly been the subject of inquires from the Phillies prior to the shutdown.

Pham plays left field and is an above average hitting veteran. If the Phillies strike out on the superstars, he'd be an upgrade over Andrew McCutchen.

Rosario was a deadline pick up for the Braves and he helped lead them to a World Series title. He can play all over the field and would be a nice utility-type player who can start every day.

They do have a full infield — spanning from Rhys Hoskins to Jean Segura to Didi Gregorius to Alec Bohm — but they need to improve badly at shortstop. Here are the top six impact infielders:

Correa is the prize of free agency and will be expensive — but he could be a cornerstone for a contender for years to come. His acquisition would likely need to come in correlation with the Phils moving Didi Gregorius (which is a tough ask).

Is this really possible? The fact that the Braves have been unable to lock up one of the best hitters in baseball might open the door for the Phillies to pounce on their division foes. If the DH comes to the NL, Freeman makes a lot more sense.

Seager is older than the other top infield options, but his defense would be a big help for the Phillies. If he's open to a shorter deal, perhaps he'd be a good fit for a team in need of a talented glove.

Simmons is another great defensive shortstop. If the Phillies add a DH with some pop, they could justify bringing in a Seager or Simmons to play short.

Story is the second player in ESPN's top 5 that are still available (the first is Correa). He has slugged 158 homers and 450 RBI over six seasons in Colorado and has a career batting average of .272. He could really help bolster the offense as a middle of the order bat behind Harper.

If the DH is added to the NL, Schwarber's power would be tailor made for Citizens Bank Park.

The priority is the bullpen, but adding a starter or two would definitely help a staff that lacks depth right now. Here are five FA arms we like:

The Phillies need some depth in their rotation. Adding a 38-year-old may not be ideal, but if the Phillies are doing everything they can to contend, getting Greinke on a short contract and adding his postseason experience could help sure up the rotation.

It's hard to believe Kershaw is just 33. The Phillies could use another anchor in their rotation alongside Zack Wheeler and Aaron Nola. He'd probably want a multi-year commitment. If he's healthy, he may be worth it.

Kelly is a solid reliever who is a strikeout machine and has a 3.83 career ERA. He'd be a nice addition to the 'pen.

He's a converted starter (like Kelly) and is another middle of the pen piece who'll be sought after by contenders. He has postseason experience with the Rays.

Wood went 10-4 with a 3.83 ERA for the breakout Giants last season and is another starting arm the Phillies could badly use.