Philly Archbishop Charles Chaput: 'There's no such thing as LGBTQ'

Chaput made the comments at a gathering of Bishops in Rome on Oct. 4 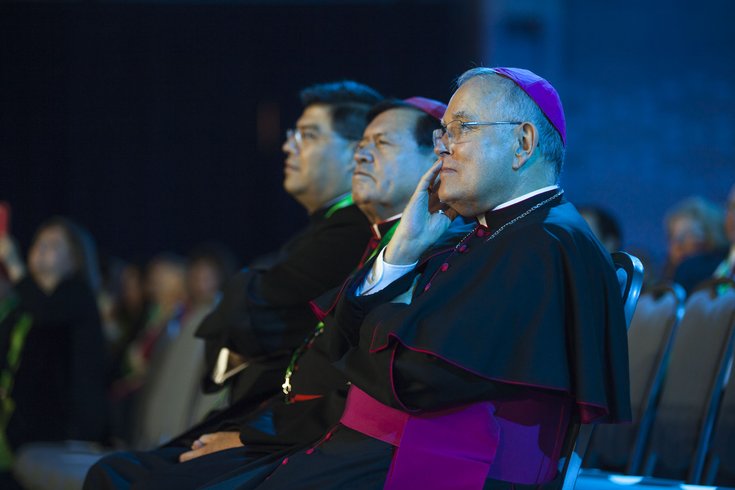 Philadelphia Roman Catholic Archbishop Charles Chaput was reported saying that the church should avoid using the term LGBTQ to identify people in documents because “There is no such thing as an ‘LGBTQ Catholic’ or a ‘transgender Catholic’ or a ‘heterosexual Catholic.'"

Chaput was in Rome giving a speech to the Youth Synod, a general assembly meeting of bishops, on Oct. 4 when he said the Catholic church does not "categorize people" based on their "sexual appetites" and using the term LGBTQ to categorize "suggests that these are real, autonomous groups, and the Church simply doesn’t categorize people that way," Chaput said.

There are currently documents being used by bishops that include the term "LGBTQ" to identify some queer people, including the working document for the synod of bishops, the Instrumentum Laboris. That document says “Some LGBT youths, through various contributions that were received by the General Secretariat of the Synod, wish to ‘benefit from greater closeness’ and experience greater care by the Church," according to the Catholic Herald.

Chaput has come out with some pretty inflammatory anti-LGBTQ language in the past — including that sexually active gay individuals should not receive communion, according to the Gay Star News.

Chaput went on to say that young people are often products of the time they live in; calling popular culture today "deeply appealing and essentially atheist."

"In reality, young people are too often products of the age, shaped in part by the words, the love, the confidence, and the witness of their parents and teachers, but more profoundly today by a culture that is both deeply appealing and essentially atheist," he said.

You can reach the entire transcript of his speech here.

Francis DeBernardo from the New Ways Ministry, who is an active advocate for the LGBTQ community in the Catholic church, called Chaput's statements "dangerous."

"His comments reflect the dangerous avoidance mentality that is the cause of the clergy sexual abuse scandal and so many of the ills which plague the Catholic Church today," DeBernardo wrote in a blog post on Oct. 5.

"Chaput has a long history of reacting in extreme ways to LGBT issues and people.  Fortunately,  not all synod delegates think as he does.  Let’s hope and pray that cooler and more sensible minds hold sway during the upcoming month as the bishop discuss youth issues at the synod," he added.