Authorities continue to investigate pattern of similar crimes across city 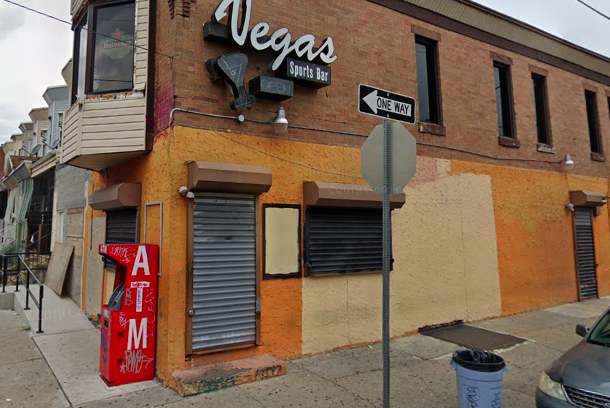 Authorities say David Elmakayes, 24, attempted to blow up an ATM on the sidewalk at 217 East Westmoreland Street in North Philadelphia, outside Vega's Lounge.

A 24-year-old man faces federal charges in connection with explosion of an ATM in North Philadelphia, part of a surge in such crimes that occurred amid civil unrest following the death of George Floyd.

David Elmakayes, a Philadelphia resident, was charged Thursday with malicious damage of property with an explosive device and possession of a firearm by a convicted felon, prosecutors said.

Elmakayes allegedly targeted an ATM on the sidewalk at 217 E. Westmoreland St. in North Philadelphia, outside Vega's Lounge. Investigators said the machine was detonated at 11:45 p.m. on June 3, several days after peaceful protests had devolved into pockets of looting across the city.

The ATM was heavily damaged, but prosecutors did not say whether any cash had been inside.

A short time after the explosion, Elmakayes was arrested, allegedly with three more explosive devices in his possession and a .32 caliber pistol, authories said.

"Blowing up an ATM and illegal firearms possession are not acts of protest against perceived injustice. They are federal felonies and will be treated as such," U.S. Attorney William M. McSwain said. "As alleged, Elmakayes tried to take advantage of the unrest in Philadelphia to get away with a violent crime. Now he will face the consequences."

The incident occurred one day after another 24-year-old man died in an attempt to breach an ATM in Kensington.

Philadelphia police reported approximately 50 explosions targeting ATMs earlier this month. More than 100 other explosions were noted across the city by authorities, who said it appeared illegal M-250 and other explosive devices were being used for these crimes.

Pennsylvania Attorney General Josh Shapiro announced charges earlier this month against a man who allegedly advertised explosives on Instagram, saying they were ideal for blowing up ATMs.

Other explosions and illegal use of fireworks have continued for weeks in Philadelphia. City Managing Director Brian Abernathy said Thursday that authorities are aware of these complaints and are discouraging the use of these fireworks.

If convicted, Elmakayes faces a mandatory minimum of 15 years' in prison and a $500,000 fine. He remains in federal custody ahead of a first court appearance scheduled Friday.