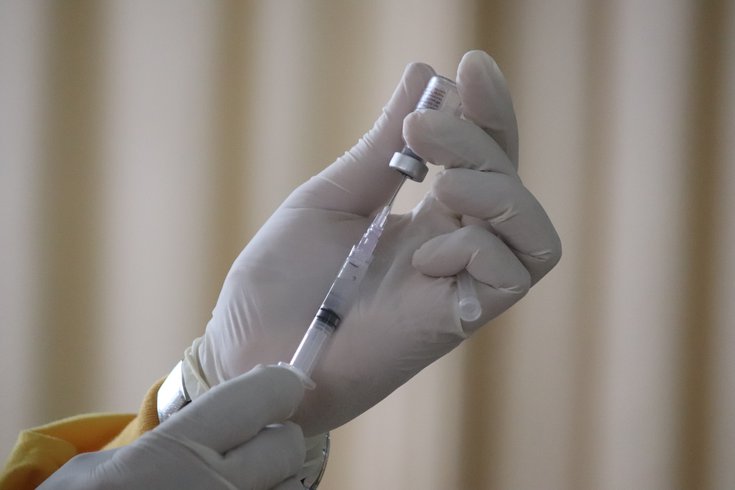 Philly health officials say that routine vaccination rates are back near pre-pandemic levels, but efforts must be made to eliminate racial disparities.

A new report from the Philadelphia Department of Public Health confirms that routine vaccination rates were unstable in the city in the initial months of the COVID-19 pandemic, with large drops among both children and adults.

The good news is that in late July 2020, the city's immunization programs began to see vaccination numbers increase and by last October, routine vaccination rates had recovered to near pre-pandemic levels.

Still, city officials said more work must be done to eliminate vaccination gaps, particularly in African American and Hispanic communities. Due to poorer access to adequate health care, they are at higher risk of complications from vaccine-preventable diseases. Young children, infants, seniors and immunosuppressed people are also at greater risk of complications.

Breaking down the numbers

Overall vaccinations dropped by nearly 60% after Philadelphia issued its stay-at-home order in March 2020, based on data from PhilaVax, the city's immunization information system. The decline impacted common vaccines, like the measles, mumps and rubella vaccine and the tetanus, diphtheria and pertussis shot.

Vaccinations surged last fall, peaking in October with more than 180,000 adult immunizations and more than 135,000 pediatric vaccinations. The increase matched the seasonal bump that typically occurs as people get their flu shots and children receive school-required vaccinations.

City officials attributed an uptick in flu shots to a public awareness campaign that began running in September 2020.

Though routine vaccination rates almost had reached their pre-pandemic levels by last June, they were still 13% lower than the rates for June 2019.

In early August, the School District of Philadelphia promoted two vaccination clinics for routine immunizations to address more than 19,000 students who were still behind on their state-mandated shots.

Pediatricians have warned about the dangers in sagging immunization rates since the early days of the pandemic. They fear preventable diseases may re-emerge in populations where not enough people are vaccinated against them. They pointed to the measles outbreaks witnessed in 2019.

To improve vaccinations, city health officials say they are working with providers to better understand concerns patients might have about vaccinations during the COVID-19 pandemic. They also are creating materials that will remind parents of the importance of routine immunizations for their children.

Health officials are encouraging health care providers to follow up with patients who have missed their scheduled vaccines, expand office hours and encourage walk-in appointments.

The city's website offers resources for pediatric and adult vaccinations, including how city residents without health insurance can get vaccinated.