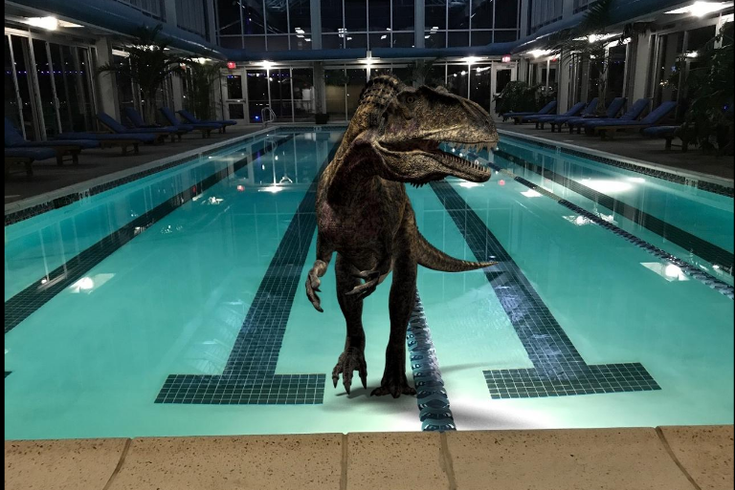 A Philadelphia condo apparently comes with a velociraptor in the pool.

It probably wouldn't be ideal to have a carnivorous dinosaur living in your building — always trying to eat you in the hallways and whatnot.

Which is why it's odd that an online real estate listing for a condo in Philadelphia shows a velociraptor in the building's pool.

The Estately listing is for a two-bedroom condo in the Waterfront Square property on the Delaware River. Adding to the strangeness, the condo is only listed for $3,300 — to buy.

For comparison, a one-bedroom condo in the same building from the same realty company is currently going for $419,900. That listing also does not include a raptor.

We'll assume this is some sort of prank. But if it's not, that's a great price for a waterfront condo.

And raptors have been extinct for tens of millions of years. So if one actually is on the property, it's probably worth lots of money — at least enough to pay off the condo. Be careful trying to catch it though! We've all seen the movies.

We've reached out to the real estate company to see what the heck is up with the raptor and will update this article accordingly.