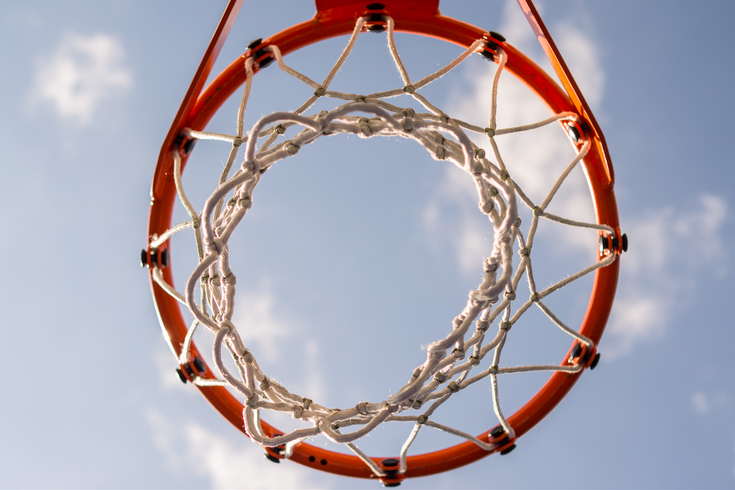 To prevent the spread of the coronavirus, Philadelphia will take down basketball nets at hotspots where people continue to gather despite social distancing guidelines, city officials said.

Philadelphia parks officials are removing basketball hoops at popular locations around the city to prevent large gatherings that could promote the spread of the coronavirus, officials confirmed during the city's daily briefing on Monday.

"We actually started to take down some rims last week in hot spot areas," Managing Director Brian Abernathy said. "That's continuing this week. You're going to continue to see rims come down across the parks system."

Officials had been responding to individual courts based on complaints, but will now target locations that tend to attract groups. Specific locations of courts where nets have been or will be removed were not provided.

"We're taking a much more proactive and organized approach this week," Abernathy said.

Farley noted that Philadelphia, which now has 1,072 confirmed cases of COVID-19, is clearly in the "community spread" phase of the pandemic. Whereas the city's earliest patients could be connected to international travel or to locations with previously known exposure, the virus is now in every ZIP code of Philadelphia.

"This virus is spreading in every community in the city, every racial group, every neighborhood," Farley said. "Nobody should think that they're somehow protected from this. Your average Philadelphian, who may never go outside the city, is at much more risk now than they were three weeks ago."

A small sample of statistics on recently confirmed COVID-19 cases — about 15% of the city's total — showed a slight increase in infections among black residents, Farley said. While the data is too limited to draw major conclusions, Farley said the numbers highlight the need for everyone to take the virus seriously.

Philadelphia reported 182 new COVID-19 cases on Monday morning, including a backlog of some test results from the weekend. Among the city's total of 1,072, 79 were known to be hospitalized. Farley that the city hopes to have more accurate hospitalization numbers in the weeks to come as better reporting procedures are put in place.

The health department's interactive map of known cases now shows the total number of confirmed COVID-19 infections in each ZIP code, as well as the number of tests taken.

Philadelphia Mayor Jim Kenney provided an update on the city's small business COVID-19 relief fund, which will only be accepting applications for $5,000 microenterprise grants as of 5 p.m. Monday. The other two tiers, which offered larger grants and zero-interest loans for bigger businesses, will no longer be awarded to applicants after this time.

"We will make decisions quickly to support as many businesses as we can who need assistance now in order to preserve jobs," Kenney said. "At the same time, we're also working to identify additional local funds and connect our businesses to resources from the state and federal governments that can meet needs on such a greater scale."

Kenney also addressed the wish among some residents, including the Bicycle Coalition of Greater Philadelphia, to shut down more streets to vehicle traffic. The city has already closed Martin Luther King Jr. Drive in order to provide additional space for cyclists and pedestrians.

"The more people stay home, the less likely this is to spike," Kenney said. "I don't want to backtrack on closing streets and opening trails. That's fine. But the more you can stay home, the better you're serving your fellow Philadelphians."