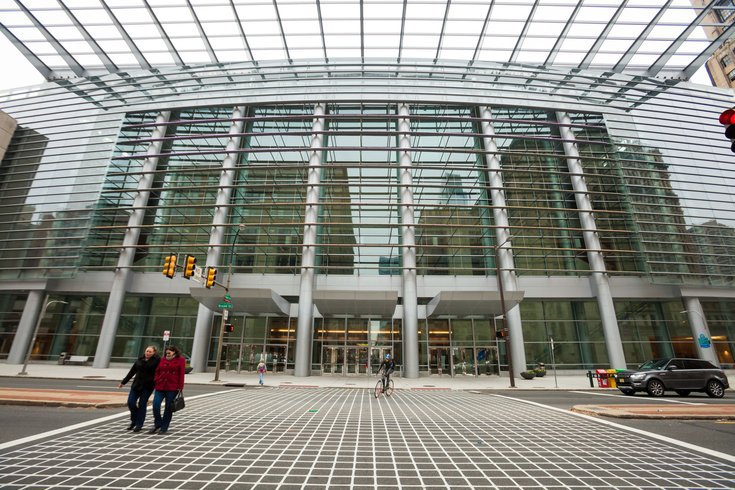 Over the next three weeks, the FEMA COVID-19 vaccination clinic at the Pennsylvania Convention Center will administer second doses to residents who received their first dose at the site. Additional first shots will not be provided there during this time. In April, the FEMA clinic will have single-dose Johnson & Johnson vaccines available for eligible residents during a two-week period.

FEMA's COVID-19 vaccine clinic in Center City will run for an additional two weeks beyond its original window with a federal supply of the single-dose Johnson & Johnson vaccine, Philadelphia officials said Tuesday.

The mass vaccination site at the Pennsylvania Convention Center has been crucial in ramping up the city's efforts over the last month. Nearly 122,000 people have received shots at the clinic since it opened in early March, adding supply that has nearly doubled the number of shots administered weekly in Philadelphia.

RELATED: Philly will not ease COVID-19 capacity limits on restaurants, bars, other venues until at least April 30

But on Monday, the FEMA clinic finished administering first doses allocated during its initial run. Over the next three weeks, the Convention Center will only be completing second doses for those who received their first shots there.

Following those three weeks, a two-week period will be dedicated to inoculating city residents with the Johnson & Johnson vaccine, which will be administered to about 6,000 people per day, Health Commissioner Dr. Thomas Farley said.

Given the boost Philadelphia has gotten from federal partners, the city hopes to negotiate additional clinics with them moving forward and has put in requests to do so.

"We are talking to FEMA and the federal government more generally about additional high-volume sites," Farley said. "We don't have anything to announce today. We would certainly welcome that."

In the meantime, the health department is still struggling to clean up the chaos that has resulted from unauthorized appointments scheduled at the FEMA clinic for the next three weeks. Anyone who still has an appointment for a first dose at the convention center will not receive one there during this timeframe.

"We continue to have a problem with the scheduling software that has a security hole that people are getting into," Farley said. "The software was designed to help people schedule. It was not designed to keep people out. Because of that, uninvited people got links for the time period when we're holding second doses. They shared those links widely. We have many unauthorized appointments that people got over the internet."

Farley said the health department is in the process of canceling all unauthorized appointments. Emails are being sent to inform these people that they should not come. Even if an email is not received, people seeking first doses should not arrive at the FEMA clinic.

"The convention center, for the next three weeks, cannot take people for new first dose appointments," Farley stressed. "If we did that, we would not be able to give them their second dose three weeks later."

For people who show up seeking first doses, staff at the FEMA clinic will determine their eligibility to receive the vaccine and reschedule appointments for them to get shots at one of Philadelphia's neighborhood clinics. Those not eligible will be entered into the vaccine interest database.

Last week, the FEMA clinic accepted eligible walk-ups for people from ZIP codes with lower vaccination rates. Farley called that effort a success, saying underserved populations in the city were well-represented among those who attended.

As of Monday, the city has administered 447,000 first doses of the COVID-19 vaccine and 175,000 second doses. At least 19% of city residents are known to be partially vaccinated, excluding those who may have received the vaccine elsewhere.

Among people over 75 years old, 44% are vaccinated. First doses have been administered to at least 34% of Philadelphia residents between 65 and 74 years old.

"We do think vaccination will be accelerating in April," Farley said. "Our projections are that by April 30, we may have vaccinated 50% of Philadelphia's adults and 75% of those who are 65-plus — at least, having given the first dose to those people."