With at least 560 homicides, last year was the deadliest on record in the city 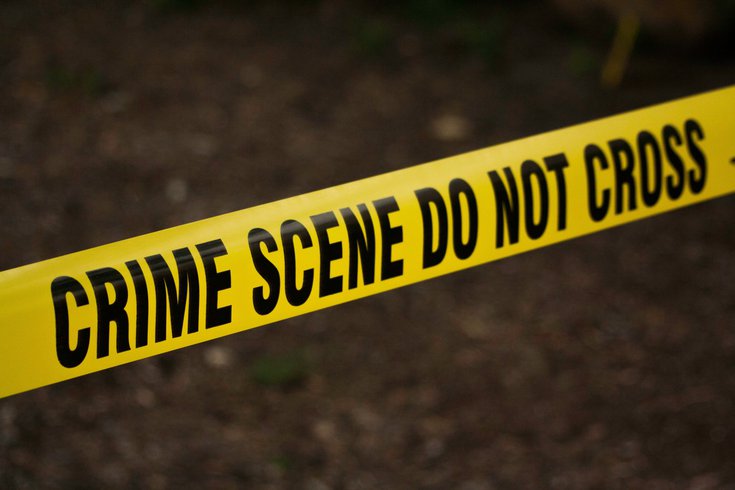 In the first few hours of 2022 in Philly, two people were killed and at least 12 others where injured by gunfire. It is a somber start to the year following 2021, which was the most violent year on record in the city – there were at least 560 homicide victims and more than 2,300 people shot.

The calendar changing to 2022 did not change the trend of gun violence in Philadelphia, as early Saturday morning two people were shot and killed in the city.

The fatalities occurred in separate incidents – one near Temple University's campus and the other in Feltonville – and at least eight people reportedly were shot.

Around 2 a.m. on the 1600 block of Cecil B. Moore Avenue, not far from Temple, five people were shot and one died. The group had been leaving a New Year's Eve party, and the victim was shot in the head and taken to Temple University Hospital. According to 6ABC, the person killed was a 16-year-old boy .

The others in the group – two men and two women, all reportedly in their 20s – also were admitted to Temple Hospital to be treated for gunshot wounds.

About 30 minutes earlier at another New Year's Eve party in on the 100 block of East Luray Street in the Feltonville neighborhood, a man was killed and two women were shot. The man, 33, was shot multiple times in the chest and died at Temple Hospital, and the women who were wounded are both 23 years old, NBCPhiladelphia reported Saturday.

Including several other violent incidents, all taking place with in a few hours on New Year's Day morning, 14 people were injured or killed by gunfire in Philadelphia, the Inquirer reported.

The Philadelphia police report 559 homicides in the city through Friday, but that number probably will be slightly higher when all the data is compiled. Either way, it will be the most killings the city has ever recorded in a year. Additionally, at least 2,313 people were killed or injured by gun violence last year.

The epidemic of gun violence has left the Philadelphia Police Department and the courts overburdened and flooded hospital emergency rooms with victims. In a Facebook post on Saturday, Philadelphia Police Commissioner Danielle Outlaw, said the department is refusing to accept violence in the city "as normal."

There will be many more improvements in 2022, including the launch of a Non-fatal Shooting Team in February, expanded community services, and the much needed addition of new police officers and 911 dispatchers to our ranks."
– Police Commissioner Danielle Outlaw

"The Philadelphia Police Department remains committed towards doing everything in our power to improve public safety in Philadelphia," Outlaw said. "There will be many more improvements in 2022, including the launch of a Non-fatal Shooting Team in February, expanded community services, and the much needed addition of new police officers and 911 dispatchers to our ranks."

While Philadelphia has past easily surpassed previous record number of 500 homicides set in 1990, one emergency room doctor said the death toll would be higher if not for advances in treating gunshot victims.

"We have gotten better at stopping bleeding … (and) resuscitation, which is the science of supporting patients," Dr. Elinore Kaufman, a trauma surgeon at Penn Presbyterian Hospital, told CBS3. She said it's not uncommon for as many as six gun violence victims to be treated at her emergency room on any given night.

The exact causes behind the rise in gun violence, which is a trend nationwide, are unclear. The pandemic and the resulting economic crisis, a national reckoning over racial inequities in policing and a general sense of political turmoil are all possible factors.

It is known is that the violence in Philly is concentrated among communities of color and the city's young Black men are by far the most frequent victims.

Since 2015, Black men have accounted for about 75% of Philly's shooting victims, according to the statistics reported by the Philadelphia Center for Gun Violence Reporting, a project involving the Community College of Philadelphia, journalists and gun-violence prevention organizations.

While only a few neighborhoods were spared from 2021's wave of violence, others have been disproportionately impacted, the City Controller's gun violence map shows.

The 22nd, 24th and 25th police districts – all in North Philadelphia – have had the highest gun violence rates in the city this year with 269, 253 and 234 shooting victims respectively. Those are the only districts with over 200 shooting victims so far this year.

The gun violence rate and Philadelphia leaders seeing inability to do anything to slow it down has been fodder for critics, particularly those who disagree with the policies of the city's progressive District Attorney Larry Krasner.

His assertion in December that "we don’t have a crisis of violence" in Philly, a statement he has since walked back, resulted in scorn locally and nationally.

On Thursday, Krasner held a press conference to, among other things, urge city residents to not shoot their firearms into the air to ring in the new year. Some possible solutions to gun violence also were discussed.

Still, with the new year starting, Mayor Jim Kenney expects 2022 to be less violent than 2021, he admits that there are no simple solutions to this problem.

"I wish I had magic answers to everything," he told the Inquirer. "I would’ve employed them by now.”