Divisional round NFL betting tips: Take the 49ers, Ravens against the spread 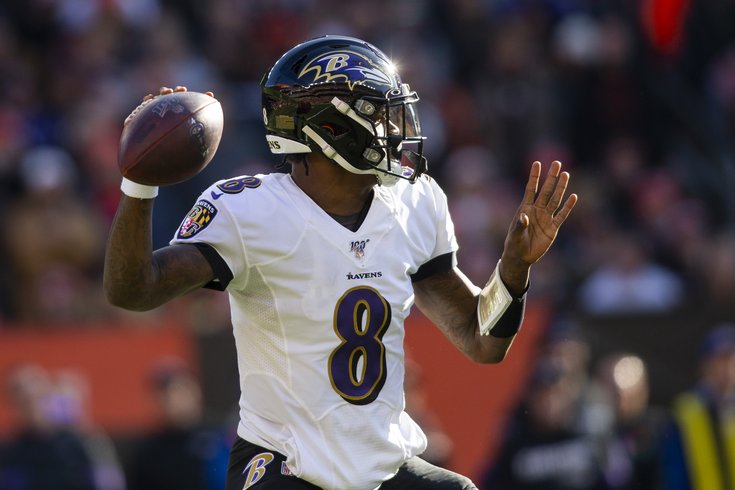 Lamar Jackson will be back on the field for the first time since Week 16 this weekend.

What is the line telling you: Oddsmakers offshore originally implemented the NFC West champ 49ers as 6.5-point home favorites over the Minnesota Vikings with a combined total set at 44.5. Since then, we've witnessed some sharp money hit the screen on San Francisco and force a half point uptick in the market up to that key number of 7.

As of right now, the ticket percentages are basically a 50/50 split, but the overall money wagered is top heavy on Kyle Shanahan’s team at a 60-40 clip. That means the larger bets placed, the sharper bets placed early in the week have been on San Francisco.

With the Vikings coming off a huge upset win over the Saints last week, you would expect this line to be trending downward instead of upward, but history hasn't fared well for road teams in divisional round games that take place on Saturday over the last 10 years.

NFL teams in the Vikings position playing on a Saturday are just 2-18 straight up, and only 5-14-1 (26.3%) against the closing Vegas spread.

The bottom line is it’s a short week for the Vikings after a huge emotional win. Now they have to take on arguably the best team in the NFL that’s well rested and getting back some key players on defense.

What is the line telling you: Bookmakers offshore opened this line with the Baltimore Ravens being 9.5-point favorites over the Tennessee Titans with a combined total set at 48. There's been minimal movement in the market on the side as it’s fluctuated from 9.5 up to 10 all week. However, the slightly bigger move in this match up has been on the total, as the over/under has dropped a full one point down to 47.

The Titans are coming off a huge 20-14 win in Foxboro but let’s all be honest, the Patriots were suspect all year. The Ravens, on the other hand, rank in the top 5 in every metric that counts on both sides of the ball, and according to all the stats that carry weight are the scariest team in the NFL this season.

Other than having the NFL MVP at quarterback with Lamar Jackson, Baltimore may have the best nucleus in the league. The Ravens pass defense ranks third in EPA per game and sixth at limiting opposing QB’s ELO performances.

This team defense also got stronger down the stretch ranking No. 2 overall during recent play in opponent yards per pass attempt.

The Titans can’t keep pace with the Ravens offensively.

Bottom line: Bet the Ravens minus-9.5