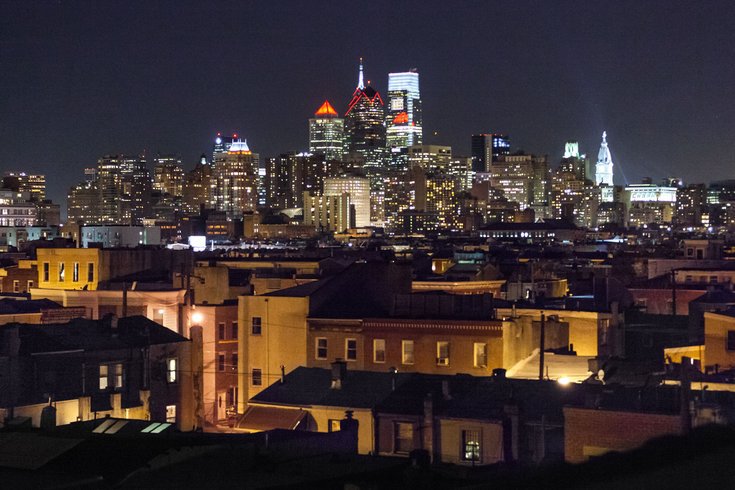 Philadelphia has seen a sharp increase in fatal and non-fatal shootings in 2021. The city's 300 homicides are up 33% over the same period last year.

A fatal shooting in North Philadelphia on Thursday night raised the city's homicide count to 300 this year, a frightening mark with months still remaining and a pace of fatal violence that's on track to set a record.

The shooting, one of several across the city, happened around 11:30 p.m. along the 1800 block of West Susquehanna Avenue, where a 26-year-old man was struck in the back and shoulder, police said. He was pronounced dead at Temple University Hospital.

Two other victims were shot nearby, a 14-year-old girl who was struck in the chest and a 24-year-old man who was shot in the back and shoulder. The girl was listed in critical condition and the man was listed in stable condition.

Police said a weapon was recovered at the scene of the shooting, but no arrests have been made.

There have been more than 1,200 shootings this year, according to the Philadelphia Center for Gun Violence Reporting, and police statistics show a 24.6% increase in fatal and non-fatal shooting victims citywide compared to the same period last year.

The summer months, when police typically brace for more shootings, have seen an anticipated surge in gunshot victims over the last month. There was a 43.2% rise in gunshot victims from June 14-July 11 compared to the period from May 17-June 13, according to PPD's most recent report.

Philadelphia has recorded 300 homicides more quickly than any other year in decades, and the city is on pace to surpass the record of 500 homicides in 1990. About 260 of this year's homicides have been fatal shootings. Last year, there were 499 homicides reported by police.

Particularly alarming this year is the increase in the number of juvenile shooting victims. There has been a nearly 50% increase in such victims, with about 115 children injured by guns.

The 300-homicides mark comes as city officials and policymakers continue to invest in what they hope will be programs that reduce gun violence.

Philadelphia's recently passed budget dedicates $155 million in funding to gun violence prevention, including $400,000 in grants for grassroots organizations that applied for opportunities to create neighborhood-level programs that focus on protecting those at highest risk.

Philadelphia District Attorney Larry Krasner last month announced selections for a round of $82,500 in grant money for four community groups that provide youth activities, mentoring and educational support to steer young people away from criminal activity.

On Saturday, Philadelphia will hold another gun buyback program offering city residents a chance to exchange handguns and semi-automatic firearms in exchange for $100 ShopRite gift cards. City Council holds these events in partnership with police, businesses and community organizations in order to keep weapons from being used for criminal purposes or accidentally by children.

Lawmakers are working to better understand the day-to-day impact of gun violence in Philadelphia, including a Gun Violence Community Survey launched this week by state Rep. Amen Brown, whose district covers parts of North and West Philadelphia where shootings have been prevalent. The survey includes questions residents can answer about what they believe should be done to better address gun violence.

And in Germantown on Sunday, The Initiative for Better Gun Violence Reporting is holding a film screening at the Arbury Arboretum from 4-6 p.m. The film, "The Lasting Impact of Gun Violence: The Emotional Scars Gun Violence Leaves Behind," was produced by local victims of gun violence in the city. The screening will be followed by a community conversation.