For every touchdown scored, money will go toward cleanups throughout Philadelphia 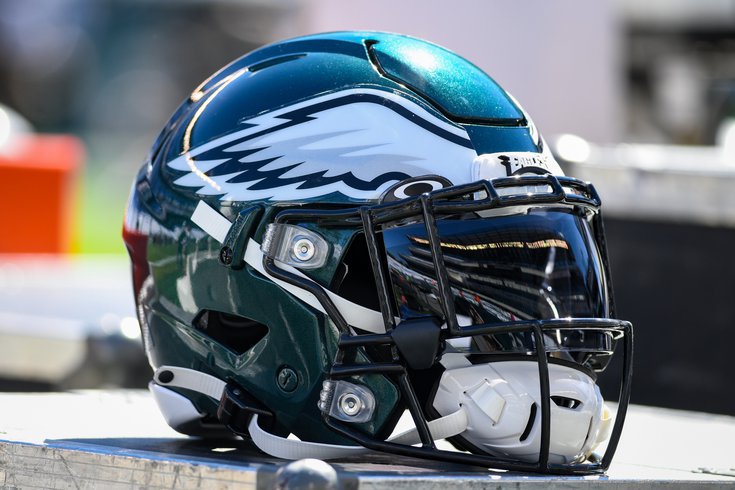 A new partnership between the Philadelphia Eagles and The Bellwether District will invest in community cleanup programs throughout the city.

The Philadelphia Eagles are teaming up with the developer behind the city's ambitious Bellwether District to start a community cleanup program that will fund neighborhood efforts to clear litter. Every time the team scores a touchdown, a location in the city will be chosen for a cleanup event.

The team unveiled the sustainability partnership with Hilco Redevelopment Partners, the company that has been cleaning up the site of the 2019 refinery explosion at Philadelphia Energy Solutions. Last fall, Hilco mapped out a long-term plan for the 1,300-acre site in Southwest Philadelphia to become The Bellwether District — a future hub for logistics, e-commerce and the life sciences.

In addition to growing the Eagles' Go Green sustainability arm, the partnership also will support the expansion of the Eagles Girls Flag Football League of Philadelphia, which launched in March to provide girls with more access to youth sports. The Bellwether District will help find donation and grant opportunities to grow the new league, which featured 16 schools from the Philadelphia public and catholic leagues in its inaugural season.

“We are thrilled to team up with The Bellwether District and its developer HRP – a company that is equally passionate about giving back to the community and creating a more sustainable environment,” said Brian Napoli, the Eagles' vice president of corporate partnerships. “We look forward to enhancing the impact of our Go Green program and continuing to promote female participation in sport with HRP’s commitment to our Eagles Girls Flag Football League of Philadelphia.”

Hilco's construction of a multi-modal logistics park at the refinery site is expected to unfold over the next decade, supporting more than 13,000 project jobs and generating as many as 19,000 jobs in Southwest Philadelphia over the next 15 years. The company, which specializes in redeveloping industrial sites, has estimated the project will deliver $2.3 billion in economic development to Philadelphia.

The Eagles and Hilco will annually select a site in the city to hold a community cleanup effort, on top of Hilco's investment in the ongoing cleanup program tied to the team's touchdown total.

A statewide study in 2020 found that Philadelphia spends about $48 million annually on cleaning up litter and illegal dumping. That's nearly six times as much as Pittsburgh, the second largest city in Pennsylvania. Philadelphia's population is significantly higher, but the amount paid per person was $30 in Philly and $20 in Pittsburgh.

The city maintains an interactive litter index, which shows that the highest concentrations of litter are in neighborhoods in North Philadelphia, West Philadelphia and Southwest Philadelphia.

Other litter cleanup events are held by The Philadelphia Water Department in the spring cleanup and the Love Your Park initiative, which has a number of volunteer programs coordinated by the Fairmount Park Conservancy, Philadelphia Parks & Recreation and the Park Friends Network.