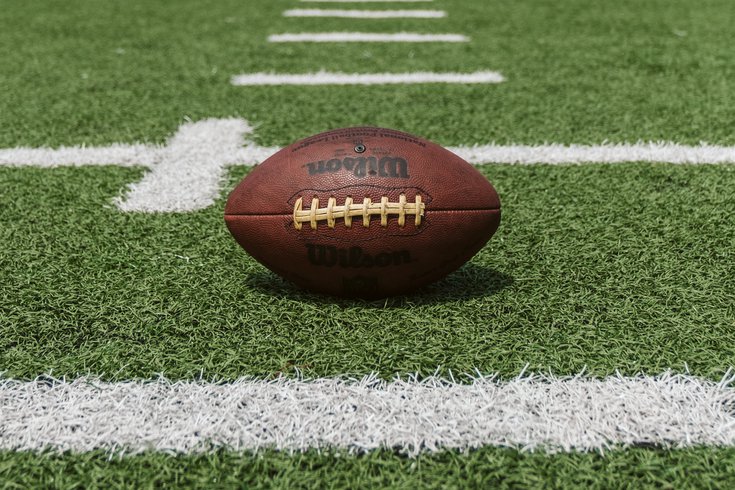 The Philadelphia Eagles are establishing a girls high school flag football league in Philadelphia. The team wants the sport to be sanctioned by Pennsylvania in future years.

Fifteen high schools from the Philadelphia Public and Catholic leagues will participate this spring in the inaugural season of a girls flag football league established by the Eagles.

The Eagles are starting the league in hopes that it will lead to flag football becoming a sanctioned sport in Pennsylvania and increase athletic opportunities for girls.

The U.S. has roughly 1 million fewer high school female athletes than male athletes, a deficit largely explained by the widespread presence of football programs for boys but not girls.

Participating schools will each receive custom uniforms from Nike and a port-a-field from USA Football. They also will receive two NFL Flag kits complete with footballs, flags and instructional materials for practice drills and a $3,000 stipend from the Eagles for costs associated with implementing a team.

To ensure access to female-specific equipment, the Eagles are purchasing nearly 6,000 sports bras to be donated to athletes in the School District of Philadelphia.

The initiative comes with the support of the NFL Foundation and the nonprofit Level the Playing Field, which will distribute the sports bras.

"The Philadelphia Public League is excited to continue expanding on our partnership with the Philadelphia Eagles, and our collective focus on increasing female participation through sports across the city," said James Lynch, the league's executive director of athletics. "The Eagles organization has been steadfast in its commitment in partnering with our city schools to provide this great new opportunity for girls flag football. Even further, they are ensuring our female student-athletes have the critical pieces of equipment and skill development opportunities to ensure safety and an enjoyable experience for all."

There are variations of flag football. Some use six-on-six matchups and others go with seven-on-seven competition. College teams and the American Flag Football Association have a seven-on-seven design. While independent and college-based leagues have more leniency for contact and blocking, the NFL Flag Football rules have a strict no contact policy and penalize "flag guarding," whether that's using a stiff arm or blocking the flag from a defender with a hand of elbow.

Flag football fields also are shorter than a typical football field. They are generally 30 yards wide and 70 yards long with two 10-yard end zones and a midfield line-to-gain.

The upcoming season will include an eight-game schedule in addition to a Jamboree at Lincoln Financial Field and championships at the Eagles NovaCare Complex practice facility. It's not yet clear which Philadelphia schools will be participating.

"We are thrilled to be working with Leveling the Playing Field, the Philadelphia Public League, and Archdiocese to ensure female youth athletes have the equipment and resources needed to feel comfortable and confident engaging in the sport they love," said Jen Kavanagh, senior vice president of media and marketing for the Eagles. "The valuable life lessons sport provides, such as teamwork, leadership and character building, extend far beyond the playing field. The more recreational opportunities we can provide for young women, the stronger our communities will be."

A spokesperson for the Pennsylvania Interscholastic Athletic Association, the state's main governing body for high school sports, said the organization has an emerging sports policy in place that enables new sports to be established and sanctioned. The process was recently followed by girls wrestling, which is now undergoing a trial period under state standards shared among participating schools.

In order to qualify for PIAA's emerging sports program, at least 25 schools must sign on to a sport using a common set of rules and shared scheduling requirements. The sport then undergoes a two-year process of evaluation during which the schools demonstrate the growth and success of the sport. PIAA jurisdiction and sanctioning is what enables a sport to eventually have district and state championships.

Some sports, such as ice hockey, are not under the jurisdiction of PIAA and instead are managed by independent interscholastic leagues — another route that's available to flag football, though less visible and integrated than the school membership model used by PIAA.

Former Eagles cornerback Troy Vincent, now the NFL's executive vice president of football operations, said last year that the NFL views accessibility of flag football for girls as an important priority in the years ahead.

"The expansion of girls flag football is essential to the growth of the game and preservation of the values it has contributed to society for decades," Vincent said. "Girls flag demonstrates that football is for all, and the greater the participation, the stronger the game, and the more young women can build the transferrable skills football provides for achieving success in life."