In a new short documentary, Tianna Gaines-Turner shares her story as part of the Witnesses to Hunger program 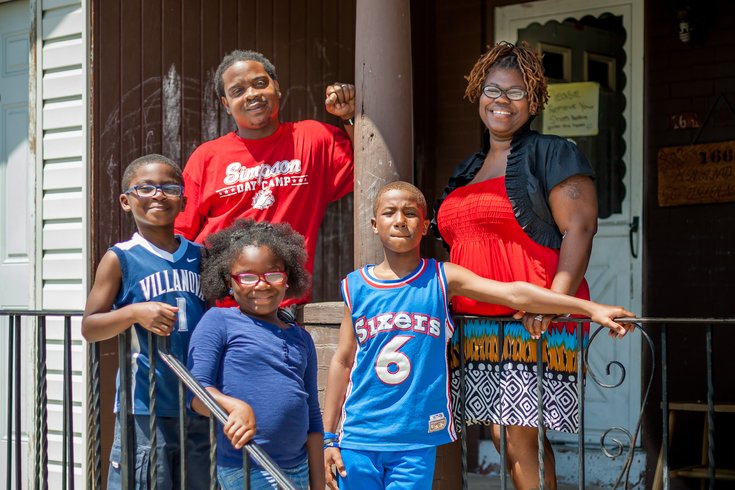 Tianna Gaines-Turner with her husband, Marcus Sr., and their children Marcus Jr., Marianna and Marques on the porch of their Northeast Philadelphia home, Thursday, June 2, 2016.

Tianna Gaines-Turner, a mother of three in Northeast Philadelphia, knows what some people think of folks living on public assistance. People like her.

"I know people like to say that people in poverty are lazy, but the majority of us, we work hard. Most of the time harder than other people," she said. "Yet we're still in the same boat."

Much of Gaines-Turner's life hinges on the decisions of those in power: men and women who control the federal budget, who can decide one day to make food assistance for her and her kids disappear. Her 2015 meeting with one of those men – U.S. Rep. Paul Ryan of Wisconsin, now the Speaker of the House – is the subject of a new mini-documentary from SundanceNow titled "A Hug from Paul Ryan."

When he was chairman of the House Budget Committee, Ryan proposed cutting SNAP spending by $135 billion over 10 years. He also held a series of hearings on the War on Poverty. Experts and academics came from around the country, but only one person who actually lives in poverty was invited to speak at the hearings: that was Tianna.

"We're all fighting for one thing, and that is to be a part of the conversation," she said.

'SICK AND TIRED OF BEING QUIET'

Gaines-Turner, 37, is one of the original members of the Witnesses to Hunger program at Drexel University's Dornsrife School of Public Health. It's a program that started in North Philly in 2008, and has since spread to cities like Camden, Washington, D.C. and Baltimore.

Founder Mariana Chilton was driven to start Witnesses after she, a professor who never lived in poverty, was repeatedly asked to testify at state capitals as an "expert witness" on the topic. Chilton wanted to bring together the real experts — those who actually live in poverty and have experienced hunger — to advocate for the issues that most affect them. 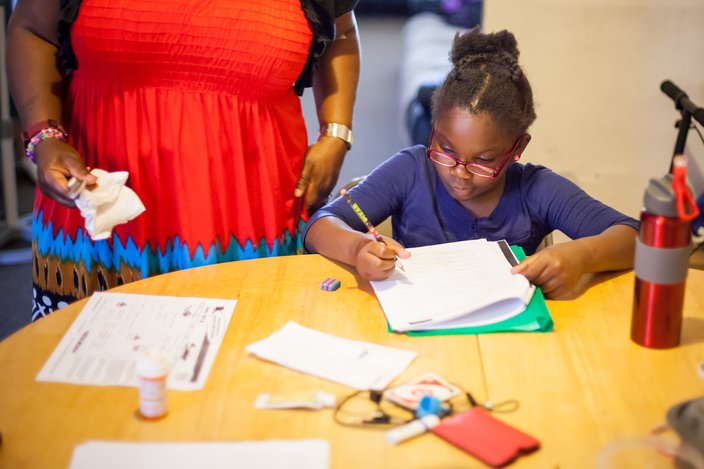 Tianna Gaines-Turner helps her daughter Marianna, age 8, with her homework at the kitchen table on Thursday, June 2, 2016.

Drexel started by giving cameras to 40 women in North Philadelphia to let them document their own life; Gaines-Turner chose to take pictures of things like the liquor store on the corner and her son in the hospital.

"I was sick and tired of being quiet," she said.

At the Congressional hearing, Gaines-Turner talked about the importance of affordable childcare and good jobs — stable, well-paying jobs, not part-time gigs where you get no sick days, family leave or job security.

"The fact that we have to call it 'minimum wage' is just a problem in itself. People need living wages," she said.

She wants more than the minimum for her kids, 11-year-old Marcus Jr. and 8-year-old twins Marianna and Marques. She's convinced that Marianna is going to be president and determined to send all her kids to college. She's going to scrape together $600 to send them all to summer camp, though that's almost a month's wages, so they can stay off the streets and enjoy some fresh air. (They live right next to an industrial factory.)

"How can you have a poverty task force without anyone who has first-hand knowledge of what it is like to live in poverty?" – Tianna Gaines-Turner of Northeast Philadelphia

Both she and her husband work part-time, but it's not enough, especially since all three of her kids have a seizure disorder and asthma. She got fired from a job because she kept taking days off to care for her sick son; her family has been homeless twice because she or her husband missed work and couldn't pay rent.

There are plenty of complaints Gaines-Turner can make about the current welfare system. The fact that she was scared to have a bank account because she could lose benefits if her assets were too high. The fact that food assistance dropped $793 to $390 when she and her husband got part-time jobs, giving her no cushion to save a little extra. All the bureaucratic hoops she has to jump through every day.

But, she stresses, cutting those programs is not the answer. Her five-member family already barely gets by with the combination of $390 in SNAP benefits per month and trips to the food pantry. She remembers one time when she was waiting for her paycheck to come and realized there wasn't enough food on the table for everyone.

"My husband didn't eat that night to make sure that we all ate," she said. 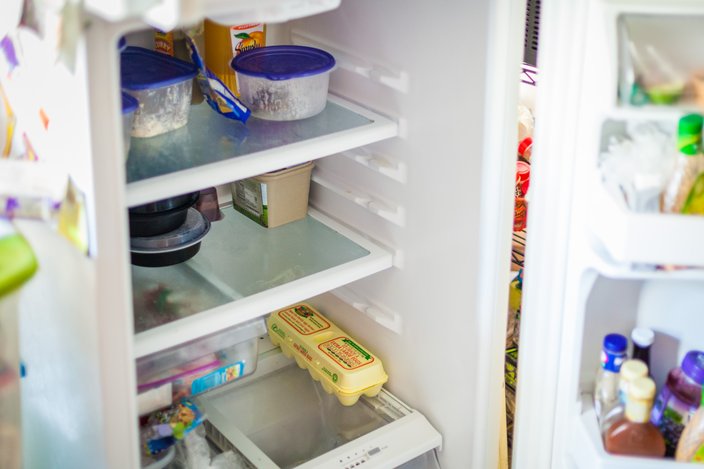 The family refrigerator ends up almost completely empty at the end of each month, leaving Tianna Gaines-Turner no choice but to visit the local food pantry to provide food for her family.

'ASK AND I WILL ANSWER'

Ryan appeared interested in what Gaines-Turner had to say at the hearing, and she gave him a hug afterward. In March, he even apologized for calling people on welfare "takers."

But the month before that apology, he announced that he was creating a poverty task force composed entirely of wealthy, white, male Republicans.

"How can you have a poverty task force without anyone who has first-hand knowledge of what it is like to live in poverty?" asked Gaines-Turner. She said she felt like his apology was a "smokescreen."

Gaines-Turner plans to keep talking, keep writing and keep advocating for change. Anyone who thinks they can make a judgment about someone who lives in poverty, she says, should talk to her first.

"Don't assume you know anything," she said. "Ask and I will answer."

Watch the six-minute documentary below: