Philly moving to take back control of city's schools 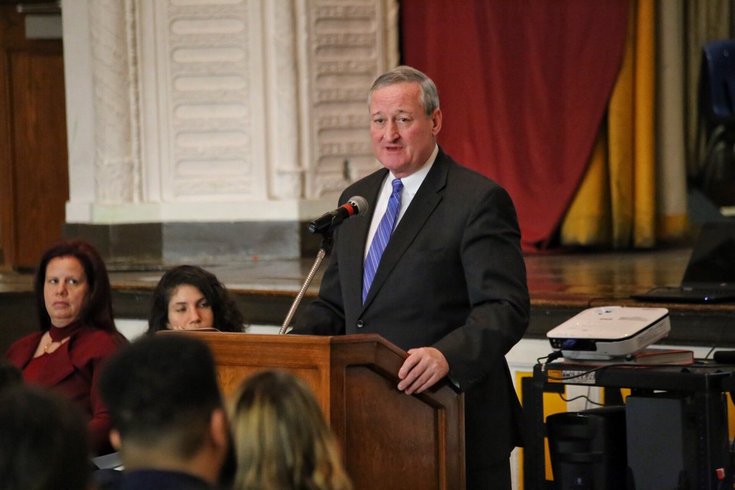 Mayor Jim Kenney is expected to make a speech Thursday in favor of dismantling the state-run School Reform Commission and give Philadelphia back control of its public school district.

Multiple media outlets are reporting Kenney's intentions. The mayor briefed reporters on Wednesday about what his planned speech would be about, but that information had been embargoed until midnight Thursday.

Under the plan Kenney is backing, the SRC, created in 2001, would have to vote to dissolve itself by Nov. 16, and the Pennsylvania Secretary of Education would have to certify that vote by Dec. 31, according to NBC10. The city's newly-created school board would take over on July 1.

That board would have nine members appointed by Kenney, with the appointees coming from a separate 13-member committee that would narrow the list of possible members to 27.

According to Philly.com, Kenney will pledge Thursday to cover a large chunk of the school district's $1 billion deficit that is projected over the next five years.

City Council is expected to pass legislation that would require its approval for school board nominees, a move Kenney supports, a mayor's aide told Philly.com.

"The return to local control brings additional benefits including increased accountability, student representation on the Board of Education, and much-needed ethics training from the Board of Ethics," Gym said.