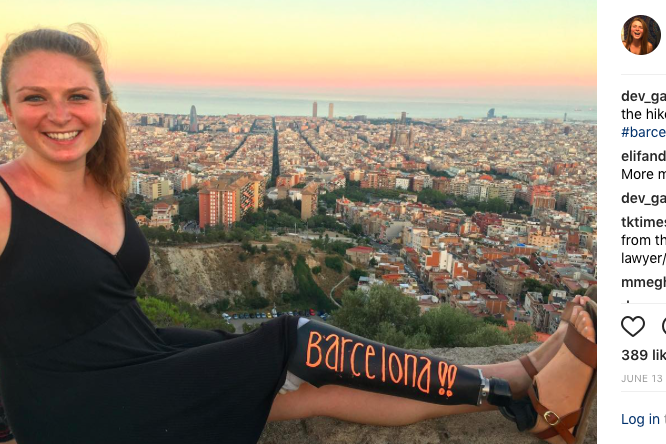 For those who are able to swing it, traveling across Europe and taking thousands of pictures is a rite of passage after graduating from college in the United States.

While most of those photos end up dominating Facebook for a good month, one Philadelphia native and Lehigh University grad took her European tour as a way to get creative with her prosthetic leg — and inspire others.

Devon Gallagher, 23, has had a prosthetic leg for the last 19 years. Born with pseudoarthrosis, a congenital bone disease, the "false joint" in her tibia couldn't be repaired after multiple unsuccessful surgeries. By the time she reached four years old, her parents were faced with a difficult decision to have the leg amputated.

Prosthetic limbs have come a long way since Gallagher was a kid. Stylish designs and concepts have added a new dimension to the utility these medical devices serve amputees.

"One day the idea of a chalkboard came to mind," Gallagher recently told 9News. "Friends thought the idea was cool, so I went with it. I just figured it would be a fun and unique way to document my travels."

Throughout June, Gallagher visited 12 countries and posed for iconic photos in each location, changing the name of the city for each leg of the trip, so to speak. Her entire journey was documented on Instagram. 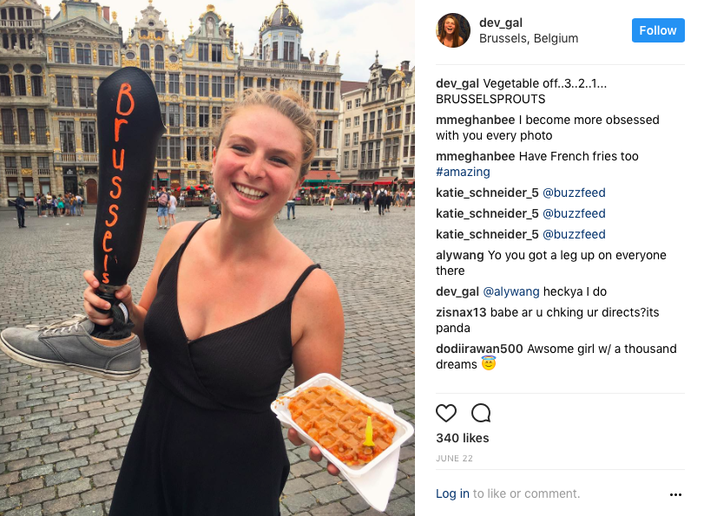 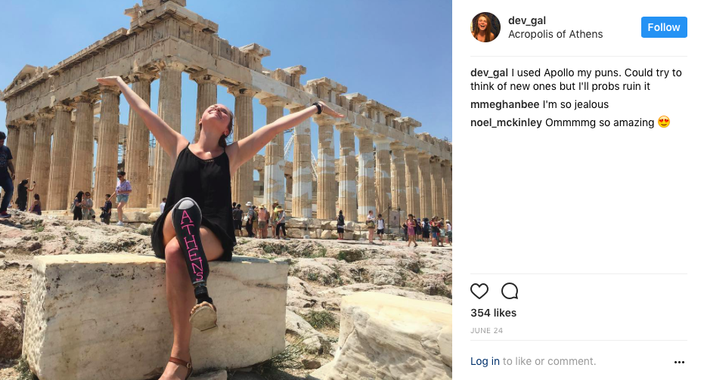 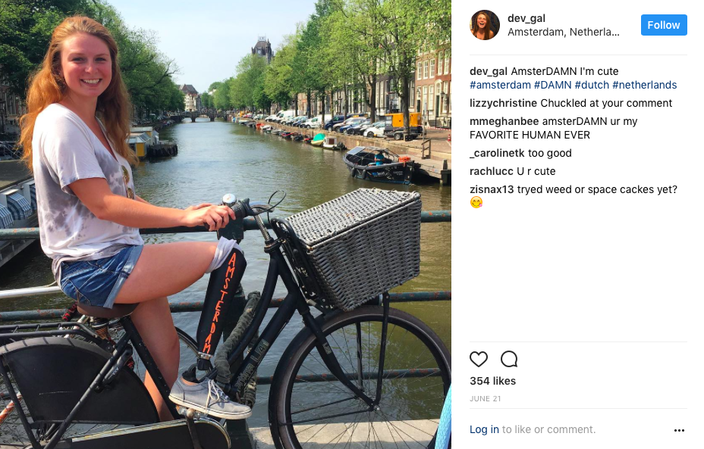 Gallagher told 9News she didn't expect her blackboard idea to have such an impact on others who live with prosthetic limbs, but the response to her photos has been overwhelmingly positive. Some commenters have thanked her for demonstrating how an impairment doesn't mean they have to forgo an active and fulfilling life.

Of course, Gallagher's photo project wouldn't have been complete without a salute to her hometown. 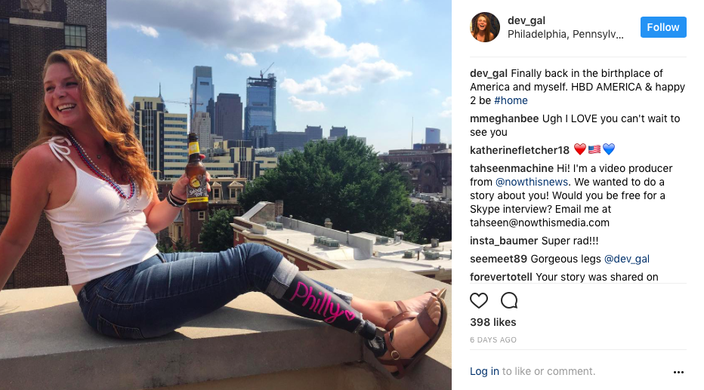