Philly police officer: Department needs 'Braveheart' figure to 'step out from the blue side' at protests 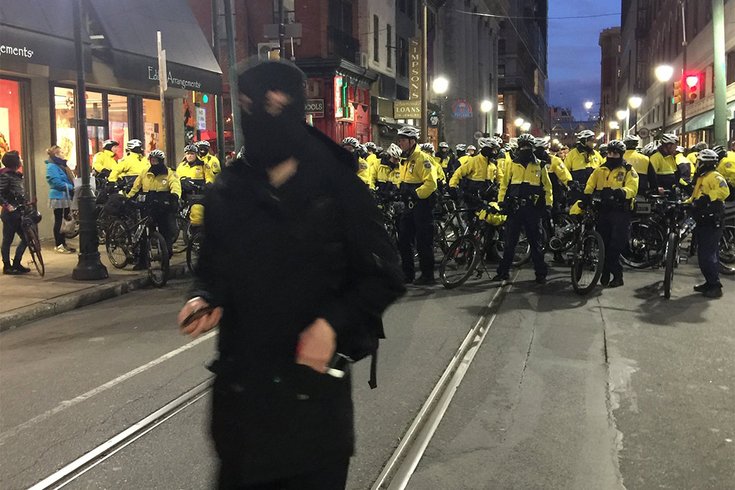 A protester remained behind after a police line held against marchers trying to get to the Loews Philadelphia Hotel in Center City during one of many recent protests in January.

When protesters clashed with police during a Friday night protest in North Philadelphia, media coverage included live footage from a helicopter that CBS3 streamed on its Facebook page.

That video drew hundreds of comments airing a variety of grievances from all sides of the political spectrum.

This comment was among them: “My favorite movie is Braveheart. Would love to see a William Wallace figure step out from the blue side and .... Well you can fill in the blanks.”

For the sake of providing a quick bit of history, Wallace was a Scottish knight who became a vocal leader during the Wars of Scottish Independence. He was brutally executed in the early 14th century, having led forces from his homeland to violent battle victories over the English army.

Filling in that commenter’s blanks is guesswork, of course, but one meaning that jumps to mind is he hopes that an on-duty officer steps forward and leads his side to victory over protesters, despite ongoing departmental efforts to protect their rights to free expression.

As Americans, we’re all entitled to voice opinions, but this one could get a little tricky to justify under the Philadelphia department's “Social Media and Networking” directive.

The commenter, Daniel Leone, lists his profession as such: “Bike Patrol Officer at Philadelphia Police Department.” His Facebook presence seems to back this up. And City of Philadelphia payroll data from the last quarter of 2016 indicates Leone earned $72,869 last year, plus $27,438.74 in overtime, as a police officer. 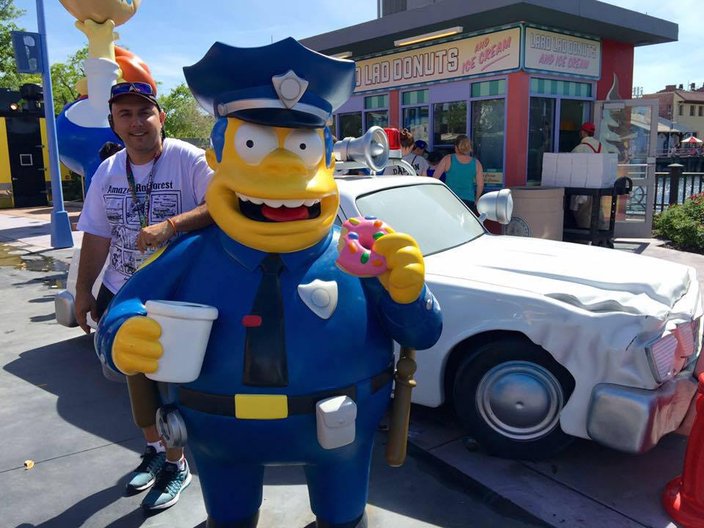 Daniel Leone, who identifies his profession as bicycle officer with the Philadelphia Police Department, has posted on Facebook about the lucrative nature of protest-related overtime shifts and called for a 'Braveheart' type figure to step out from the ranks of his peers on that detail.

On Tuesday, I contacted Leone to fill in those blanks personally via Facebook message, as well as the police department and Fraternal Order of Police Lodge 5 to seek comment on whether the bicycle officer’s online presence is of concern.

Leone didn't immediately respond to a message, but Sgt. Eric Gripp, the department's social and digital manager, did.

He told PhillyVoice on Tuesday morning that the posts have been forwarded to the Internal Affairs Division (IAB) "who will begin an investigation in order to determine if any departmental violations have occurred."

That investigation will determine whether the "account does in fact belong to an active duty PPD officer and, if so, it will then be determined whether or not the officer was on duty when the posts in question were made."

"The abuse and hatred directed at officers at these protests is unconscionable." – John McGrody, vice president, FOP Lodge 5

"Obviously, when our officers engage in social media use that is controversial in nature, it can cast a negative light on the overwhelming majority of officers who are out there day and night doing their jobs with honor and integrity," Gripp said. "While we certainly do not want our officers posting content that can potentially make their job more difficult, we also have to recognize that officers are afforded the same First Amendment protections.

"Regardless, an investigation has been opened with IAB."

FOP Vice President John McGrody noted that the union "will absolutely defend the police officer's First Amendment rights because, despite popular belief in this current climate, police officers are covered by the Constitution and have free speech rights."

He also drew a parallel to the recent case of an officer with an apparent Nazi tattoo who was cleared by the Internal Affairs Bureau, saying that his "perfectly legal tattoo" resulted in the department issuing a blanket policy that the FOP will "fight up at the state labor board, quickly and successfully." 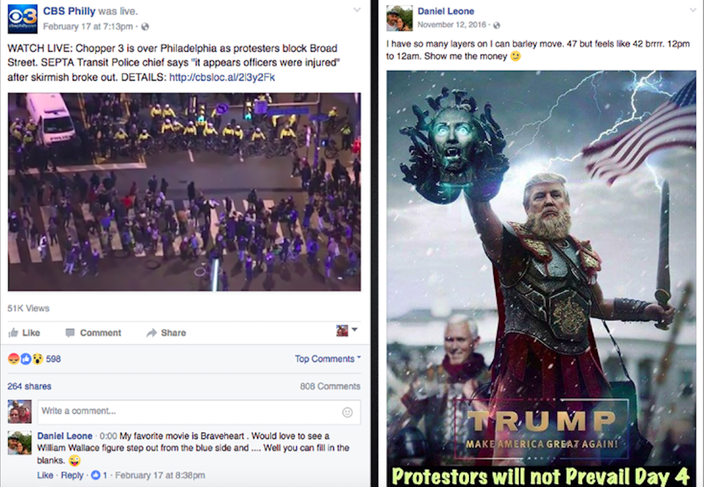 Daniel Leone, who lists his profession as bicycle officer with the Philadelphia Police Department, weighed in on the February 17 protests near Temple University and the lucrative nature of working overtime to help handle those sorts of events.

"The abuse and hatred directed at officers at these protests is unconscionable," he said. "These officers have worked 12, 16 hours protecting these protests and they hear the most vulgar, disgusting things. It's taxing."

Among the other commenters on that CBS Philly post was Asa Khalif, of Black Lives Matter Pennsylvania. He actually left the protest because of a negative air, and said the comment "doesn't surprise me at all."

"The so-called good cops should speak out and condemn the hateful comments, but we know they will not," he said. "We must hold the officer accountable and Commissioner (Richard) Ross if he chooses to remain silent. The FOP must also share the responsibility as well. Stop protecting racist cops whose only purpose is not to protect and serve, but to continue to abuse black and brown people." 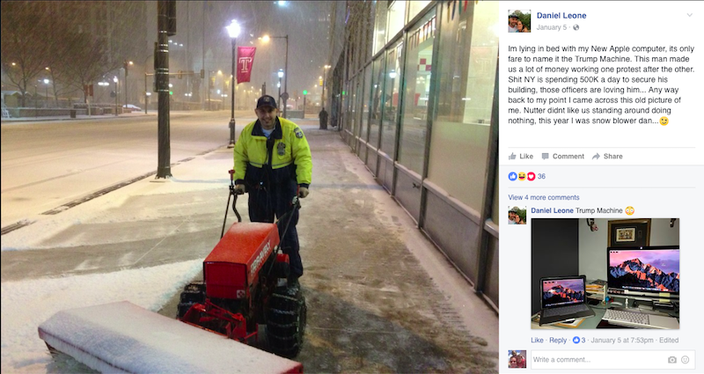 Daniel Leone, who identifies himself as a Philadelphia Police bicycle officer, commented on a CBS3 post about last week's protest in North Philly, that the PPD needs a 'Braveheart' figure to 'step out from the blue side and .... Well, you can fill in the blanks.'